My senior year of veterinary school, an oncology resident I respected a great deal sat us all down and told us his number one piece of advice: “No matter what you tell a client,” he said, “Make sure you say it with utter conviction- even if you’re not sure you’re right.” We all nodded, wide-eyed and desperate for anything to make us seem more knowledgable than we were. 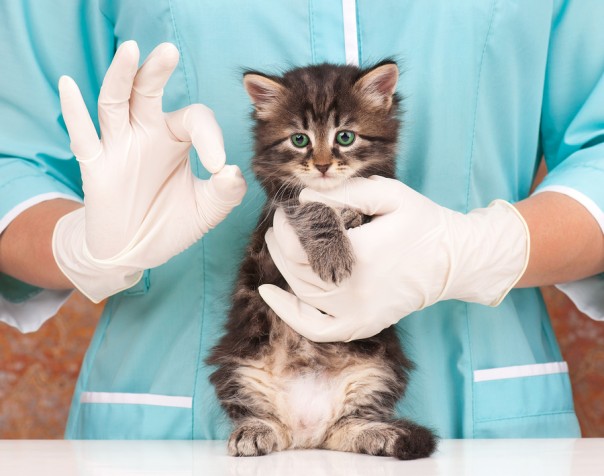 It worked for certain people. You know the type. They already had authoritative personalities and could easily tell a client, “YES. This is 100% what you should do.” Clients, besotted with their certainty, complied. And when it failed utterly and completely to do as it should, they shrugged it off and went to the next thing.

That never worked for me.

[tweetthis]If I suggested something I had the merest hint of doubt about, they could read it in my face [/tweetthis]

If I suggested something I had the merest hint of doubt about, they could read it in my face, that moment of hesitation, the way my eyes darted to the side. And if it fell apart, even if that’s the way medicine works and sometimes doody happens, I would go home and rend my scrubs and beat myself up for being human. It felt wrong, and we all knew it. It didn’t make me stronger, it made me feel like even more of an imposter. 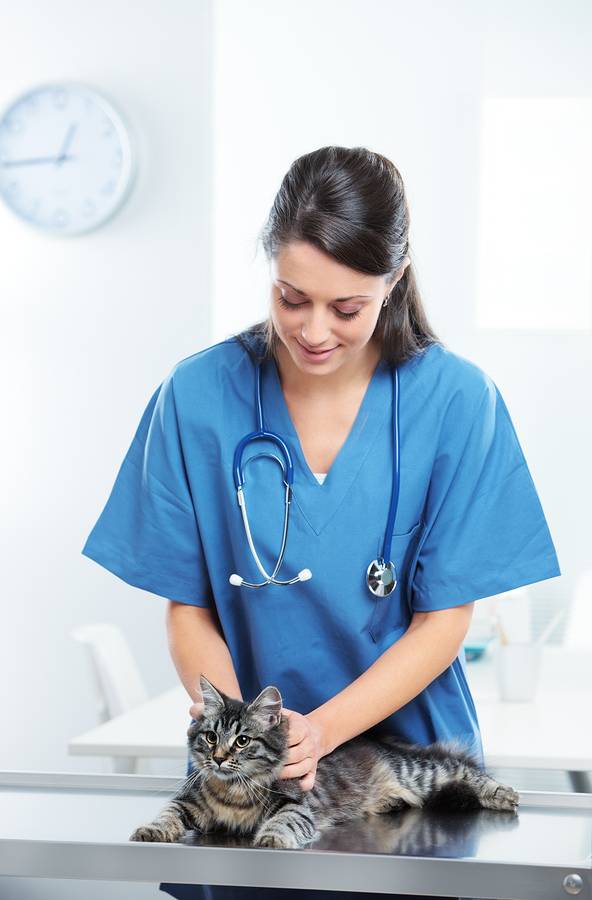 A few months after graduation, I found myself flying solo at a new corporate practice. I was terrified. Who would I ask about that pedicle that wouldn’t stop oozing, or that strange shadow in the vomiting dog’s duodenum? Staring in uncertainty, I felt the paternal ghost-hand of that resident resting on my shoulder as he whispered, “Just go with it. Own it.”

I ignored him, kind of.

I looked my clients in the eye, took a deep breath, and said with utter conviction, “I don’t know what that is. Could be this, or this. I’m going to call a director and get another opinion.”

Or, “I have never done one of these procedures before. I can take it on, or you can go to the referral center.”

I owned it. It wasn’t an embarrassing admission but a fact. I didn’t apologize for it, I wasn’t embarrassed by it, because we all knew I was new and my lack of experience was a temporary condition that righted itself very quickly. I was confident in who I was at that moment, and that conveyed itself in everything I did.

Sure, I lost out on some opportunities to ‘practice’, but my clients always knew where we stood, and I never had to beat myself up for subterfuge. In short, I traded the short term pretending to know more than I did for the long term trust.

A year later, a funny thing happened. We got a letter in the mail- out of all the 400 members of the corporate practice, my dinky little Newbie Clinic in the sticks had the highest score in the nation for customer loyalty.

My supervisors were confounded. No one could believe it. “But you’re not even a year out,” they said. “Are you some sort of surgical wizard? Are you a vet savant?”

Far from it. I was new, inexperienced, and still had oodles to learn. I got things wrong and made plenty of newbie mistakes. And I never apologized for my newness, just as I still never apologize for who I am today. It just is. 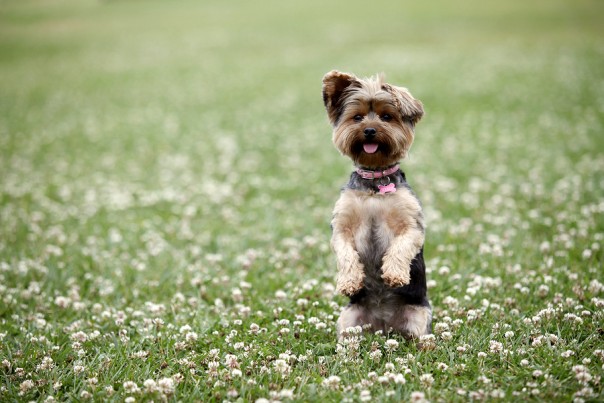 [tweetthis]Never fake who you are. And never apologize for it, either.[/tweetthis]

As anyone who’s worked in the clinic more than a day or two knows, client communication often plays out like a game of telephone, conversations warping and bending over each retelling into a final version that bears little to no resemblance to what we actually told the owner in the first place. In this excerpt from my book All Dogs Go to Kevin, I share the outcome of one such conversation that involved not only two owners, but an RDVM all too happy to believe everything they shared with him.

I have long held the opinion that crummy medicine is most often a by‑product of crummy communication. While some veterinarians may simply be poor at the task of diagnosing disease, the vast majority of veterinarians I’ve known are excellent clinicians, regardless of their personality. More often than not we are failing not in our medicine but in relaying to our clients, in clear and concise terms, the benefit of what it is we are recommending. Or even what we are recommending, period. Muffy was a patient I hadn’t seen before, a one-​year-​old Shih Tzu who presented to the clinic for sneezing spasms. They had started suddenly, according to the client, Mrs. Townsend.

“So he doesn’t have a history of these episodes?” I asked.

As we spoke, Muffy began sneezing again— achoo achoo aCHOO! Seven times in a row. She paused, shaking her fuzzy little white head, and pawed at her snout.

“Was she outside before this happened?” I asked.

“Yes,” Mrs. Townsend said. “She was out with me for a couple of hours this morning while I was weeding the garden.”

Immediately my mind jumped to foxtails, a particularly pervasive type of grass awn found in our region. During the summer months, they have a nasty habit of embedding themselves in all sorts of locations on a dog: ears, feet, eyelids, gums, and yes, up the nose. Working like a one-​way spearhead, these barbed plant materials are known for puncturing skin and wreaking havoc inside the body. It’s best to get them out as quickly as possible.

Unfortunately, due to the nature of the little barbs on the seed, foxtails don’t fall out on their own—you have to remove them. Sometimes, if you’re lucky, you can pull one out of the ear canal while a pet is awake, but noses are a different story. Unsurprisingly, the average dog has no interest in holding still while you slide a well-​lubricated pair of alligator forceps up his or her nose to go fishing for foxtails in their sensitive sinuses. And it’s dangerous— if they jerk at the wrong moment, you are holding a piece of sharp metal one layer of bone away from their brain. The standard nose treasure hunt in our clinic involved general anesthesia, an otoscope cone functioning as a speculum to hold the nares open, and a smidgen of prayer.

I explained all of this as best I could to Mrs. Townsend, who eyed me distrustfully from behind her cat-​eye glasses, blinking as I told her about the anesthesia.

“Can’t you just try without the anesthesia?” she asked.

“Unfortunately, no,” I said. “It would be impossible to get this long piece of metal up her nose safely without it. Her nostrils are very small and it would be very uncomfortable for her, so she wouldn’t hold still.”

“I need to talk to my daughter before we do that,” she said.

“I understand. Before we anesthetize her, we do need your daughter’s consent.”

Muffy left with Mrs. Townsend and a copy of the estimate. I was hoping to have them back in that afternoon so we could help the dog as quickly as possible, but they didn’t return.

The next day, Mary-​Kate scurried into the back and came trotting toward me, loud voices pouring into the treatment area as the door swung shut behind her.

Like a game of telephone, trying to communicate what’s going on with a dog who can’t talk to owners who weren’t there via a pet-sitter who misheard you is bound to cause one or two misunderstandings. When Mrs. Townsend relayed her interpretation of my diagnosis to her daughter, the daughter rushed home from work and took Muffy to her regular veterinarian, who promptly anesthetized the dog and removed the foxtail.

“My vet said you are terrible,” said Muffy’s owner without preamble. “Didn’t you know foxtails can go into the brain? You nearly killed her!” Her voice reached a crescendo.

“I think there might be a misunderstanding here. I wanted to remove it,” I told her.

“The pet-​sitter—it was your mother, correct? She said she needed to talk to you before approving the estimate.”

“That’s not what she said,” replied the owner. “She said that you said there was no way a foxtail would fit up there and we should put her to sleep. Well there was one up there! You were wrong and you almost put her to sleep because of it!”

I took a slow inhale and reminded myself not to sigh. “What I told your mother,” I said, “was that I thought Muffy had a foxtail, but there was no way I was going to be able to remove it without anesthesia. So I gave her an estimate for all of that.”

“Are you calling my mother a liar?” she demanded. This was not going well.

“OK, so now you’re saying she’s stupid.” I silently prayed for a fire alarm to go off, or an earthquake to rumble though. The waves of indignant anger pulsing from this woman were pressing me farther and farther into the corner and there was no escape.

“No, absolutely not,” I said. “I think maybe I just didn’t explain myself well enough.” I pulled the record up on the computer and showed her. “See? She declined the anesthesia.”

She thought about it for a minute and decided she still wanted to be mad. “You suck and I want a refund for the visit.” We provided it gladly.