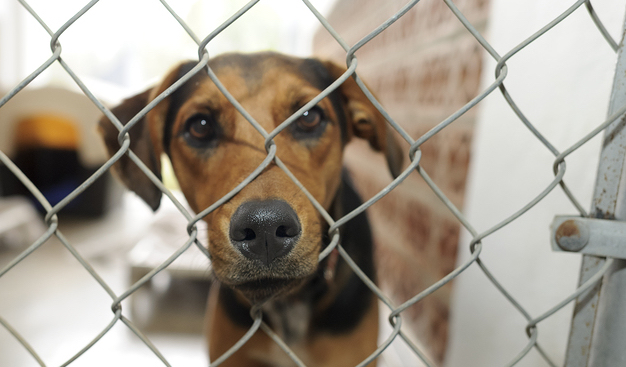 Euthanasia… it is a touchy subject. A lot of people don’t like discussing it. It has a stigma to it. People assume that if you are euthanizing an animal you are just giving up on them or that you don’t care anymore.

These are the many reasons why veterinarians see animals for euthanasia that probably should have been put to sleep much sooner. We as humans project our emotions onto these animals and feel like we are letting them down but in return we are actually letting them suffer.

As veterinarians we don’t want animals to suffer but we also need to guide owners towards the best options.

On a daily or even weekly basis rescues bring in animals that were either found or surrendered to them. These rescues try hard to help every single animal they have under their care.

The hardest part is that volunteers and laypeople typically staff these rescues and when faced with decisions regarding an animal’s health, they don’t always fully comprehend the repercussions of their decisions based on their goal of helping save every animal.

While they focus all of their efforts on one animal they may be missing the bigger picture.

Here are a few examples.

1. A local rescue presents a dog with a fractured rear leg, severe arthritis, emaciated, and heartworm positive. The dog is 14 years old and is also intact. The rescue wants to do everything to save this dog. The fractured leg will need surgical repair. The dog will need to be neutered as well. Because of the heartworm disease, surgery is going to be complicated because the animal is already showing signs of heart failure.

If the dog makes it through those surgeries and heartworm treatment it now has to be on chronic NSAIDs for severe arthritis and pain. These treatments, even with discounts for the rescue, can range anywhere between 3500-6000 dollars depending on area. The rescue wants to pursue treatment because they don’t want this animal to die.

Because of the cost of treatments it bleeds the rescue fund almost dry and while this animal is getting help there are now several other animals that are denied rescue help because of lack of funds.

2. A rescue takes in an owner surrendered dog that has a history of aggression. The dog has been to several behaviorists, trainers, and households. It is currently on behavioral medications but still managed to become aggressive and attack the prior owners son and killed their cat.

The rescue doesn’t want this dog to suffer so they take it in and want to find it a “good” home. After several failed attempts they decide they are just going to have the foster family keep it as an outside dog since it seems “happy” tied to a kennel and won’t have to be euthanized.

3. A rescue brings in a litter of kittens to evaluate. The mom cat died unexpectedly and the kittens don’t seem to be doing well. The kittens are 8 weeks of age but are covered in fleas, are half the weight they should be, and all have enlarged abdomens.

On further inspection the enlarged abdomens are caused by a yellow-tinged fluid, which usually indicates FIP (a non-curable disease). The rescue wants to save these kittens even though their prognosis is grave.

As owners of pets, we are their legal guardians. We are their advocates. We want them to be happy and healthy. Yet too many times we allow them to suffer because of our misconceptions regarding euthanasia.

As veterinarians we try to guide you to make the best decision for your pet and will always offer euthanasia as a treatment plan, not a way out. Euthanasia isn’t cruel or selfish- it is an option we are able to give our best friends in their time of need.

Emotion plays such a huge role in rescues and it is hard not to get attached to everything that comes in. But in a lot of situations they need to realize that to save many you may have to make that hard decision to euthanize one.