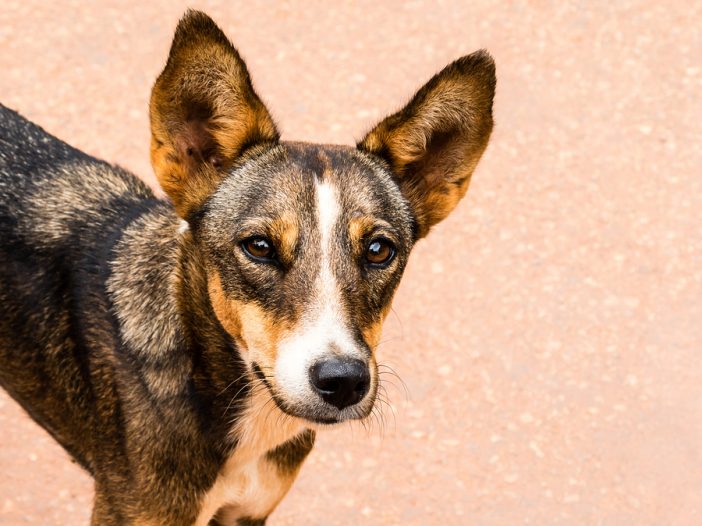 Over the years, I have euthanized hundreds of dogs and cats for a multitude of behavioral issues that made their life with their families unsustainable. The vast majority of them were young and physically healthy with the potential to live years longer. These families either tried behavior modifications unsuccessfully, attempted to find a safer home, and/or spent years adjusting their personal lives around the special needs of their pet (usually at the complaint of other family members).

I had one client spend over $10,000 on special training for his dog that worked for a while, but 2 years later cornered his pregnant wife and 4-year-old girl in the kitchen with teeth bared. The interesting thing I found in these cases is that the families feel an enormous amount of guilt. They are emotionally defeated thinking they failed as a pet owner. That’s when they call me, and I always wish they would have called me sooner.

Being on this side of the syringe and administering life-ending medication forces me to be fully aware of the choices I make, why I make them, and most importantly the consequences of not making them. My emotional path has been soul-searching, to say the least. As a mother, there is nothing I won’t do for my kids, including ensuring their emotional and physical safety every day.  And as a veterinarian, part of ensuring a pet’s “well-being” is supporting the human-animal bond, which is forever broken when the pet is a threat to the family in any capacity.

The biggest battle these families face is not with their pet, however, it’s with themselves. I’ve helped thousands of families through my practice, but the ones that come to me due to aggression have the hardest time getting through the guilt of euthanasia. They wonder what else they could have done, why their dog has this problem, did they give up too soon, and so on.

One woman told me, “I have been grieving his loss since he first growled at me 5 years ago.” She knew she would eventually have to make this tough decision, and after years of not having friends or family over, it was a tragic bite to her mother during a car trip to the veterinarian’s office that was the final straw. Just as she said, she felt guilty long before she contacted me, and long before her precious boy was put to rest. That’s simply not a way to live.

Although it’s not what any of us want to do, including the veterinarian, euthanasia is usually the best choice we have. What happens if we don’t? A child gets bit and is physically or mentally scared for life (or worse, death), an unfriendly stranger is bit and files a complaint that puts your dog in mandatory isolation, you adopt your dog out and because there may not be a strong bond with the new owner, he beats the dog when his child is bitten, or they take him to a shelter in a few weeks because the behavior is unacceptable. These are just immediate consequences. The more long-standing consequences include the child that, 20 years ago, was bitten and has now missed out on the intense love of the human-animal bond. This adult could have adopted many, many dogs in her lifetime, but she’s scared of them instead. When I think about what is best for a pet, taking into account the greater needs of man-kind, our children, and the thousands of other healthy young dogs out there that are euthanized everyday simply because they don’t have homes, I know that providing a kind and loving euthanasia of an irrevocably aggressive pet is best. That’s how I handle my own emotions in this tough conversation, by having a “knowingness” within my self that I’m doing the kindest thing. More importantly, I hope that my “knowingness” helps the families I work with through their own emotions and, perhaps, helps them open their heart and homes to another dog at some point… because those are the families that any pet would be lucky to have.

Below is an email from a family after I euthanized their aggressive dog, the email that inspired this article. (Names have been changed.)

Thank you so much for taking the time to write and check in on us.  I really appreciate it.  Yes, it was a very difficult decision but I am so thankful it was handled is such a peaceful and dignified way.  As I am sure you gathered from your few minutes with Tita, she was a very special, outgoing and fun-loving dog.  Up until about a year ago, when people met her, they were shocked to hear how old she was!  She had been with me as my rock and companion through so many tough times – as well as been a huge cheerleader for me on all of the wonderful days!

I know it was the right decision, and I believe in my heart that she was suffering in some way – either mentally, physically, emotionally or all three perhaps.  Tita hadn’t been herself for years and I kept chalking it up to moving across town/weather/whatever excuse I had that day because I didn’t want to face the fact that she was creeping closer to the end.  I truly believe that her wild behavior these past few weeks were a sign that she was ready, that there were worse things to come.  She and I “got” each other and I think she was trying to tell me something in her own way.

I can’t begin to tell you how settling it was for me to know that someone like you was with her and took care of her for the last few moments of her life.  Barrie has spoken so highly of you and I was so grateful that you went above and beyond to handle the situation in the way that was most comforting for me.

Thank you again for your kind words.  We are healing and I have come to terms with the decision.  I hope to meet you in the future under different circumstances and give you a proper thank you and a hug for all of your help. Dr. Dani McVety is co-founder of Lap of Love Veterinary Hospice, the nation’s largest network of veterinarians dedicated solely to end-of-life care. She is also a certified body language instructor and frequently writes and speaks on related topics empowering listeners to provide the highest standards of care and communication. Dr. McVety and Lap of Love have been featured on numerous local, national, and professional media outlets including The New York Times, CNN, The Doctors Show, and many more.