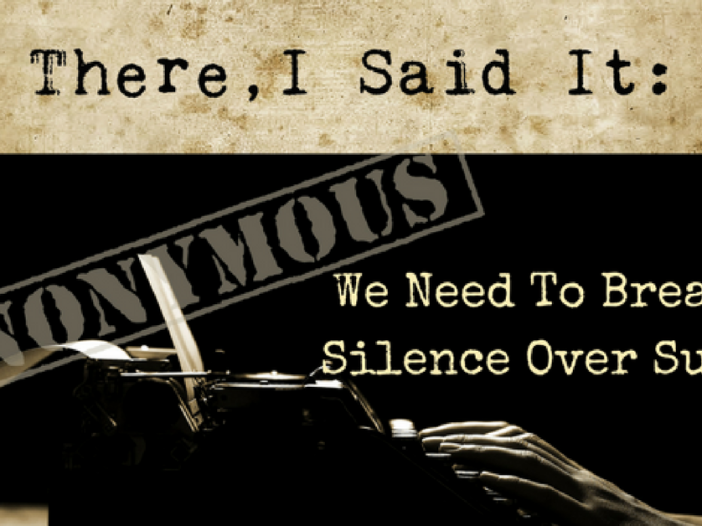 We skirt the cage this tiger circles in. We’ve been taught over decades to walk carefully around this topic and its people like they are in the middle of a mandala and the path is eggshells. I remember being told if we talked about it, then people would do it.  We’d best just keep quiet.

What can you do?

You can educate yourself about suicide, about symptoms and signs.  You can have open, non-judgmental conversations with your colleagues and your co-workers about suicide.  You can speak up against the pervasive suicide shaming and misinformation in our culture.

There are plenty of myths that are still pervasive in culture in general about suicide and suicidality.  Let’s debunk them here, not for the first time, and not for the last, but as a solid reminder:

Myth: People who try to kill themselves are mentally ill.

Fact: Mental health, well-being, and balance are topics that are just now being brought to the forefront of conversations about suicide in the veterinary profession. While mental illness may predispose an individual to suicidal thoughts, many suicidal individuals are not struggling with mental illness. They may instead be suffering from extreme distress and emotional pain, which are not necessarily signs of mental illness. The stigma surrounding mental health crisis, suicidality, and depression prevents these individuals from speaking out as openly as we need them to and they need to get help.

Myth: People who talk about suicide don’t do it.

Fact: Most everyone who attempts suicide has given verbal clues.  No matter how casually offhand comments are made, they should be taken seriously.

Myth: If a person has made a plan to kill themselves, nothing is going to stop them.

Fact: Suicide isn’t about dying.  It’s about stopping pain. The impulse to end it all, however overpowering, does not last forever.

Myth: Talking about suicide may give someone the idea.

Fact: You don’t give a suicidal person ideas by talking about suicide. Removing the stigma surrounding the subject of suicide and discussing it openly is one of the most helpful things you can do.

Here are a few things I’d like you to know about suicide:

Crisis Text Hotline – Text HOME to 741741 from anywhere in the USA, anytime, about any type of crisis.

The views and opinions featured on There, I Said It are those of the authors and do not necessarily reflect the position of the DrAndyRoark.com editorial team.