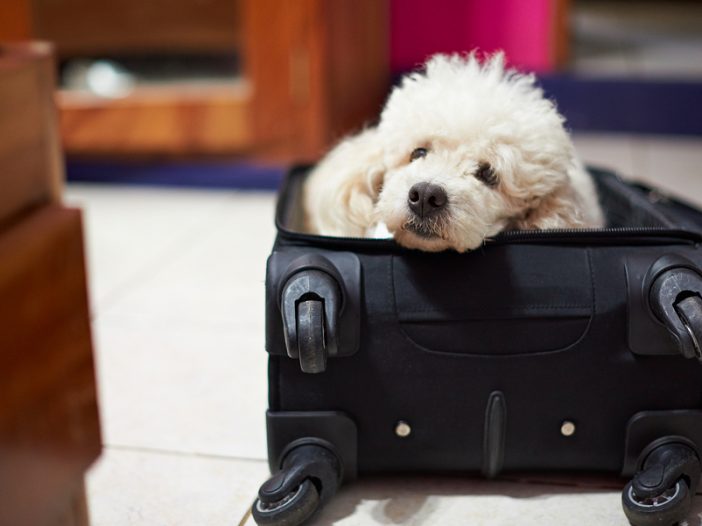 I received a random act of kindness that profoundly changed my life. And it happened in one of what is probably the unlikelier places for it: the parking garage of the Philadelphia International Airport. I know my home city’s reputation – perhaps epitomized by the image of Philadelphia Eagles fans throwing snowballs at the guy playing Santa Claus at halftime – and I am somewhat a product of it. Philly is tough, gritty, and as unglamorous as you imagine. The airport parking garage is, well, probably exactly what you expect except maybe a little dirtier.

I was in maybe my last year of veterinary school, walking out of the airport with a bag over my shoulder and I was nearing my car. I saw a family struggling to get their luggage into the car next to mine. I waited for them to sort it out. I waited and waited. And waited. There was probably also some scowling during this time. And three or four crop rotations later when they went to get their last bag into the car, they knocked the bag over into my car, leaving a scratch in the paint. With a heavy sigh and a practiced scowl, I approached the father of the family and pointed out that he’d dinged my car. He turned around, didn’t bother to look at the damage to my car, and said, “I’m sorry, my mistake, will this cover it?” And handed me a $50 bill. I blinked, as his response had left me in such a state of surprise that blinking was about the highest mental function I could muster, and then I proceeded to be very confused. He smiled, “If that won’t, here’s more.” Another $50. “Okay?”

I’m not sure I managed to make any sounds that could be considered words but I might’ve nodded. It’s kind of blurry when your brain’s gears grind like that. “Great,” he said, “I’m sorry about that. Have a blessed day!” And they drove off, leaving me to mentally muddle through the last few minutes’ events. The guy and his family were probably home and had their luggage unpacked by the time I figured out what the daylights had just happened.

In five seconds that guy changed my life. If you’d asked me to rank my expectations for this encounter, his response would’ve been on page 17 several slots down from “Grow giant bat wings and fly away” and “Turn into a clove of garlic.” His kindness threw into sharp relief what an unmitigated jerk I’d been – and not just for the last ten minutes. He showed me that my attitude was just awful. I just stood there, I should’ve offered to help. They were struggling and I didn’t do a thing about it. It would’ve been easy for me to help, I could’ve tossed those bags around like tennis balls, and I just watched. Instead of helping, I stood there and then I picked a fight. Instead of picking a fight, I should’ve just let it go – it’s not like I’d fixed any other dent or scratch on that old car. All the things I should have done better were right in front of me. I hadn’t done anything right, anything to be proud of.

This guy showed me I was quite probably not being a very good person, and he did it with a deft, effortless act of kindness that came as naturally to him as scowling did to me. I imagine it was a long flight, hard travel, bad time in my life, whatever other excuses to behaving as I had, but they were just embarrassing excuses. This random act of kindness didn’t make me feel good, it made me feel awful. Because I was. And I’m incredibly, deeply, profoundly grateful that somebody managed to point it out to me.

The person I was and the person I wanted to be had never been further apart than at that moment, and that guy changed my life by showing me the distance between those two people. I can think of no single moment that motivated me to change my life more powerful than the guy in the parking garage of the Philadelphia International Airport.

William Tancredi is a small animal veterinarian in southeastern Pennsylvania, where he operates Old Ridge Veterinary Services. His pastimes include reading, spending time with his animals, and he’s getting better at being nicer to people in parking garages.