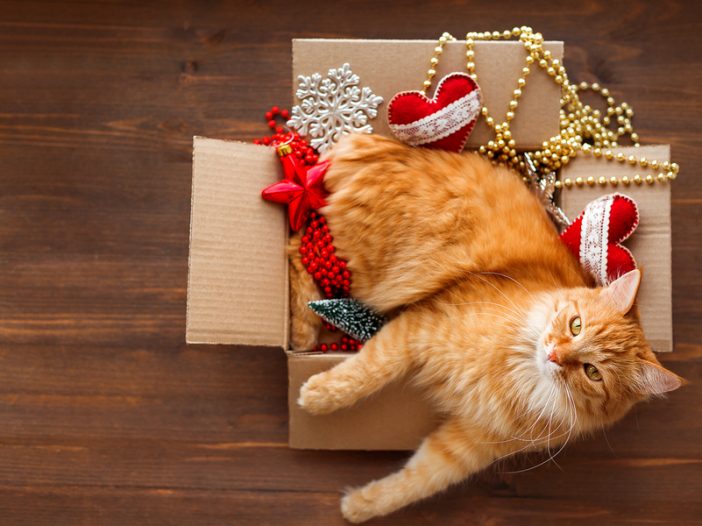 It was Christmas, 1997 and I was living in Edmonton, AB. There were three vets at the small animal practice where I worked. The boss and owner was named Sue, but I’ll call her Schmoo, because that is what I called her when I was not speaking directly to her. My husband decided to go back to Ontario to be with his family. Then Schmoo decided that I would be working for the holidays. I was (mostly) okay with this, as I have never been a very Christmassy person.

The other two female veterinarians that I worked with had children and you know how it is. People with children always seem to think that they have the right to more time off at Christmas (and evenings and weekends). What would a childless person possibly do with their time-off? Christmas is basically meaningless if you have not experienced this miracle yourself in a slightly less immaculate fashion.

The practice was closed over the holidays, but there were patients that were boarding with us. I had to check on them once a day and to make sure all was okay during their stay. We were not on-call for emergencies because there was an emergency clinic in town for this. The sick pets that were at our hospital over the holidays had options. Either be transferred to the emergency clinic for continued care or be transferred to Jesus. (Sorry, bad vet humor, but it’s true).

Some people try desperately to get their dying pets to make it through the holidays. Then bring them in for their post-Christmas euthanasia. This is not a good plan. Pets are really not that into celebrating the birth of Christ or any other holiday fun. Keeping them alive when they are terminal or suffering in the name of having them for Christmas is something that most people will regret after the fact.

It was the afternoon of December 24th and every case had been appropriately transferred (home, emergency clinic or Jesus). I was doing a last check of the boarding patients and working on paperwork when I heard Schmoo on the phone talking about a blocked cat. I heard “Yes, that’s fine, you can bring him here.” Not only was she allowing the cat to be transferred here, but she seemed to be trying to convince the person on the other end of the phone to bring him. This was bad, very bad.

Schmoo got off the phone and told me that her sister was bringing her cat in to the hospital… from Calgary. The cat had blocked the day before. This is a condition where male cats develop crystals and sludge in their bladder, likely due to their commercial diet. The crystals and sludge then accumulate and obstruct their extremely small urethra that runs through their extremely small penis. 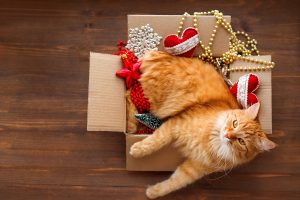 Fuzzy the cat, was doing just fine. The obstruction had been relieved and he was in a veterinary hospital in Calgary, with a urinary catheter in place. It is possible that the vet in Calgary was trying to clean-out the hospital for the holidays, just like I was, and encouraging Fuzzy to find another place to convalesce for the holidays. Schmoo and the vet in Calgary convinced Schmoo’s sister and Fuzzy was en route to Edmonton.

You would think that if you invited your sister’s cat to spend the holidays recuperating at your veterinary hospital as a favor to your sister, that you would be the one taking care of him. So did I. Instead, Fuzzy became my responsibility over Christmas. So I tucked Fuzzy in for the night with his urinary catheter and his intravenous fluids. Christmas morning, I went in to see him and he was still doing great. He had had the urinary catheter in place for over 48 hours, so I decided to remove it.

In retrospect, this was not a great plan. Though I couldn’t leave it in until we opened in four days time. I went back to check on him again that afternoon and he was crying and straining in his litter box, with a bladder that felt like a big hard orange. He had reblocked. Treating this obstruction would require general anesthesia to recatheterize and unblock the urethra. There were no technicians on-call to help me because it was Christmas and because normally you would go to a fully staffed emergency clinic if you had a blocked cat on Christmas Day.

So I called Schmoo. Partly to ask her for help me and partly to let her know that her sister’s cat had a life-threatening urethral obstruction. Schmoo then gave me an earful about how I should be able to anesthetize the cat and unblock him on my own. Blah blah blah twelve people at my house blah blah blah Christmas dinner blah blah blah I can’t help you.

I got to work anesthetizing Fuzzy myself. Yes I could do it alone, but you can’t monitor anesthesia and unblock a cat at the same time. When this happens, patient safety is severely compromised and I was not keen to be responsible for the anesthetic death of my boss’ sister’s cat. I was working on trying to catheterize him when Schmoo showed up, pissed off at I don’t know what and coming to help. Only at this point I didn’t need her help anymore. I think she was just breezing in to improve the optics of the situation. And to maybe try to relieve her guilt for being such a bitch to me on Christmas. Too late. The cat was anesthetized, lying on his stomach, cat-butt hanging off the table and I was trying to get the catheter back in his urethra.

Schmoo came over and palpated his abdomen. Which was unnecessary and offensive because it suggests that I didn’t know how to diagnose a blocked cat and that this might all be some sort of elaborate Christmas practical joke that I was playing. She was squeezing his bladder just as I was able to pass the catheter through his urethra into his bladder. She then said, “Oh, I can’t really feel his bladder any more”. It wasn’t apparent if this was because his obstruction had been relieved or if something had happened to his bladder.

Then she turned to leave and said, “Well, it looks like you have it all under control. I have to go, there are twelve people at my house, waiting for Christmas dinner.” and she left. Some urine drained from his bladder, but not as much as I thought I would get. I think that Schmoo might have ruptured Fuzzy’s bladder. I think that she knew this because she is the one who was holding his bladder when it popped like a water balloon.

If I could redo Christmas 1997, I would have resigned on the spot or just taken Xrays of the cat right then and there.

Here are the reasons I didn’t:

Fuzzy did not recover well from his anesthetic. Actually, he never fully woke up. This is likely because of the toxins that were in his system due to his bladder rupture. So I did what so many vets have done before in small towns or before the advent of the big city emergency clinic. Fuzzy came home for Christmas. I set up a little ICU in my bathroom and kept his urinary catheter in place to drain his bladder/abdomen of urine and I kept him on fluids. It was like A Weekend at Bernies, Christmas Edition, only Bernie was played by Fuzzy the Cat. 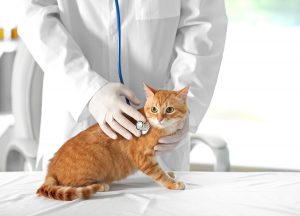 Fuzzy and I had a rough night. I barely slept because I was sick with worry. While Fuzzy slept too much because he was suffering from life-threatening azotemia. Boxing Day morning, December 26th for our American Friends, the hospital was still closed. I called around for technicians until I found someone to come in to help out. We used the urinary catheter in his bladder to inject a material that shows up as white and took Xrays of his abdomen. Instead of remaining in a bladder-shaped bladder, the contrast material was throughout his abdomen. My superb technician started getting Fuzzy ready for surgery.

I called Schmoo again and said, “You know how you thought you might have ruptured Fuzzy’s bladder? Well, you did.” She then replied, “Do I have to come in to help you?”.  I told her that it wouldn’t be necessary, I wasn’t calling her for help, but I thought she might want to let her sister know that Fuzzy was going to have surgery today.

Fuzzy’s surgery was surprisingly uneventful. I closed the large rent in his bladder and we recovered him with intravenous fluids and the catheter stayed in place for the rest of the weekend. On Monday, when the hospital was fully operational again, Schmoo and Schmoo’s sister came in to retrieve Fuzzy. They all ran over to his cage saying, “Fuzzy!” That was the only thanks I got. That, and Fuzzy not being dead, for which I am still grateful. They never even acknowledged that I had spent my Christmas trying to save their cat.

I learned some valuable lessons with Fuzzy that I still keep with me today.