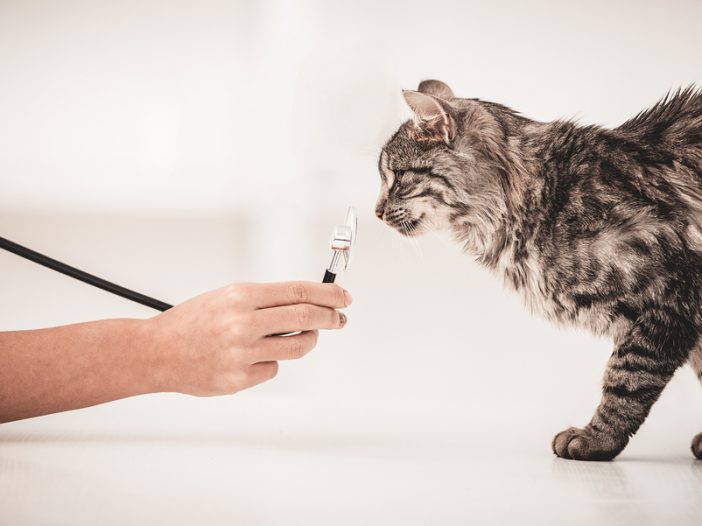 I went against my gut feeling recently and I lost a patient. The cat was in rough shape from the start. In fact, everyone at the clinic commented on how rough it looked. I had not seen the cat prior, but I was scheduled to do a procedure on it. The pre-surgical lab work was fairly normal. The cat was a mess. Not eating for several days. Lost almost 2 pounds since we had seen it initially. Extremely painful on mouth palpation with visible rotting teeth noted and a mass like-structure diverting the tongue. The cat also had a horrible head tilt and kept falling over. My goal was to get it through anesthesia to be able to help it long-term by diagnosing it with whatever was going on in its mouth. I kept telling myself if we removed the rotting teeth and knew what the mass-like tissue was then I could give this cat a good life. But in my gut, I kept hearing myself say, “this cat should not be anesthetized.”

I ignored my gut. Yes, the cat was rough, but to help it I needed to do this procedure. The cat did fairly well under anesthesia but did not recover well. Although the blood levels were pretty stable it kept having bloody discharge from its mouth – presumably from its biopsy site that of course didn’t bleed much when I was suturing it. I kept the cat on IV fluids hoping to get it through recovery quicker but the cat started to have fluid come out of its nose and mouth and I could hear crackles in the lung fields. The cat was a DNR so all I could do was comfort it as it took its last breaths. I couldn’t give the owner any answers. We canceled the biopsy; it wouldn’t help bring the cat back. All I could offer was my deepest sympathies.

For days after the failed procedure, I racked my brain with all of the things that could have happened. Maybe I should have canceled the procedure and just hospitalized the cat? Maybe I should have recommended chest radiographs before anesthesia? Maybe we should have done a longer course of antibiotics before doing the procedure? There were a lot of maybes floating through my mind. In the end, the cat was likely going to pass away no matter what decision I made. But that gut feeling was making it harder to accept.

In life, we learn from our mistakes. In veterinary medicine, we learn from not listening to our gut. Even when everything is done perfectly if we have that gut feeling that something just isn’t right then act on it. It may not actually change the outcome but it will make you feel like you did right by yourself and your patient.