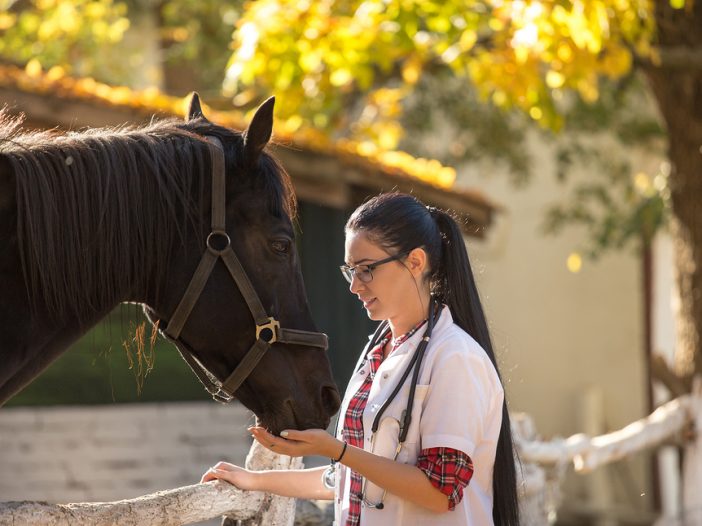 I’ll admit it, I’m one of those people who wanted to be a veterinarian since I knew I had to have a “grown-up job.” I read James Herriot over and over as a kid and had high expectations for what life would be like once I “made it.” I was devasted to learn that it was only loosely based on true stories. (That wasn’t even his real name!) I still thought my first job out of school, mixed practice in Northwestern Ontario, would be about as close as life could get to that countryside dream. I was probably right. And I got totally burnt out.  I wanted to be everything to everybody, a “jack of all trades, master of none,” so to speak. I remember wondering, when does it get easier? NEWSFLASH: It doesn’t. We just get better.

After 4.5 years abroad, I found myself with no choice but to start life over and return to the Motherland. Thankfully, eventually, I realized that doing mixed animal practice in rural Canada, being on call 1/3 of the time and living really far away from my family, were not things that I wanted to do. Plus, I’m allergic to horses and I like to sleep at night. I struggled to figure out what to do next. I hadn’t realized how sad and isolated I had become until I was forced out of the situation I had created. Looking back it was the best thing that could have happened, more of a gentle nudge than a boot out of the country.

I felt like a total failure, imposter syndrome coming on hard. Then I started to ask myself, what did I really want? What did I want my life to look like?  Veterinarian is my job title and something I worked really hard to become, but it is not who I am. Who was I then? What parts of me had I left behind in order to follow that dream?  How could I get that back? What did I have to do to feel whole?

The first step was to take radical responsibility for where I was at. To accept that I was the only one who really had any control over where I had been and where I was going. I needed to stop blaming those around me for the situation I found myself in. And I needed help. I started to think about my goals, what I wanted to learn about, where I wanted to be in 5, 10, 15 years.  What was I passionate about? What were my deepest desires? What was I afraid of?

I started to look at all of the things that I had set aside in order to become a veterinarian, the things I was running away from when I decided to move to Canada and homestead in the middle of nowhere. The things that followed me there and back, the things on the inside that were keeping me from being happy. For months, I spoke to a therapist using an app called Talkspace, unpacking my pain and learning to sit with my shadows. I began to identify my strengths and create the life I wanted to live.

During the following two and a half years in a rural small animal practice, I made the choice to start moving towards my dreams, to do things for me and redefine what veterinary medicine looked like to me. I learned that all the yoga and meditation in the world wouldn’t solve my problems. I learned to grow from my emotions and stress, to see things from different perspectives, to love myself without judgement and funnel my energy into work that feeds my soul. I also learned to set boundaries, say no and finally figure out what all that “you can’t pour from an empty cup” stuff means.

I am launching the next chapter of my career and focusing on end of life conversations, mental health and the human-animal bond. I am drawing my collaborators closer and finding magic all around me to create a life I don’t want to escape from. I still love veterinary medicine because I have been able to make it mine, to make it work for me within my framework of the world.

Dr. Amanda Doran is a practicing certified hospice and palliative care veterinarian (CHPV) in Duluth, MN. She has worked in the veterinary field for nearly 20 years and held every position from kennel assistant to veterinarian. Dr. Doran’s articles have been featured on DrAndyRoark.com, and she has been a guest multiple times on Dr. Roark’s Cone of Shame podcast. Dr. Doran’s medical interests center on end of life care, animal welfare, effective client communication, personal resilience for veterinary professionals, and the human-animal bond. She shares her home with her partner in crime, 2 goofy husky shepherds and a crabby old peach tabby. She also slings tarot cards for fun.