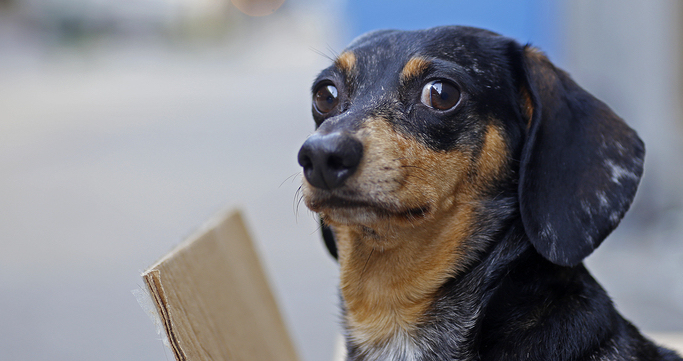 Recently, I saw a dog for a sarcoma. The consultation was arranged after the owner was yelling at our staff in the waiting area that he needed be seen immediately for the tumour that had been growing on his dog’s leg for the past year and was not bothering the dog. However, he had spent thousands at our hospital and demanded to be seen at once. He was told that we did not have a surgical oncology appointment available, but that he could be seen by one of the emergency doctors if he needed immediate assistance. He refused, he only wanted to see a surgical oncologist, nothing else would do and he was belligerent with everyone trying to help him.

He saw me about a week later, during a scheduled appointment. We discussed recommendations, and he argued with me about each one, telling me that he didn’t think that the workup that I recommended was necessary. In the end, he decided not to treat. As our consultation was drawing to a close, the owner nodded my way and said, “Oh, and I need some more Heartguard”. I asked him who his family veterinarian was and he said that he didn’t have one. I told him that I did not manage heartworm prevention because I am a surgical oncologist, not a general practitioner. He was not amused.

When I left the room, he asked the student to get him some heartworm medication (which she cannot do because she is not a veterinarian). Quick tangent: When my own dog developed his Florida-Allergy Dermatitis, I took him to a veterinary dermatologist (because I don’t know anything about managing itchy dogs anymore either.) The dermatology technician asked me what he was on for heartworm prevention and I said, “Advantix”. She told me it doesn’t get heartworm. I said, “It doesn’t?” then burst into tears. (Note: Rumble was negative for heartworm on two consecutive tests and is on appropriate prevention now.) My point is that I don’t even script heartworm prevention for my own pets anymore and I don’t prescribe it to my surgical oncology patients either. My other point is that I do not love being treated like someone’s Heartguard bitch. No one does.

My colleague recently told me about a stray dog that was found and brought in to the emergency hospital where he worked. The emergency doctors and technicians located and contacted the owner, who could not come and pick up her dog until the end of the day. The dog was fed, watered, walked and kept safe until his owner could collect him. When the owner (finally) came to get her dog, she was not charged anything for this good Samaritan service, but still, she complained that her dog’s nails had not been trimmed during his big day at the vet, because “That’s what vets are supposed to do.” That really happened. Who are these people?

I also recently saw a 62kg Labrador Retriever with a pathological fracture due to osteosarcoma- that is, a broken leg due to bone cancer. It’s hard to describe how obese a 62kg lab is (ed note: 136 pounds), but we had a long discussion with the owner about how I was not sure how the dog was going to do after limb amputation, but that this was the only treatment option. We also could not do a test called a bone scan to look for spread of the cancer to other bones (which I always recommend) because he was so painful and his leg was broken, we needed to address this right away and then consider a bone scan later. I also told him that I didn’t think the dog would walk for at least a month. I gave a guarded prognosis and we also talked about euthanasia, but he wanted to try.

We did an amputation. The dog proved me wrong and after some serious heavy lifting by myself and the other clinicians and staff, we had him walking with sling support within a few days and he went home. We were so happy! Then, a couple of months later, I received a personal letter at work. Usually personal letters at work are nice thank you notes from grateful clients. The letter was from this owner, he detailed that his dog had died, likely due to spread of the cancer to the spine. He closed the letter, “I hope that everyone involved received their commission. Just another business transaction.” He signed it from his dog and enclosed a picture. He also enclosed one of the super cute bandanas that I give to all of my cancer patients that say “Cancer Survivor”, only he had cut out the word “Survivor” so it just said, “Cancer”. The whole thing had a creepy serial killer vibe and was intended to make me feel awful. It did. Interestingly, academic surgeons do not make a commission and there is zero financial motivation in our casework. It is one of my favourite things about being an academic clinician.

We recently had another client whose dog had had a lung lobectomy for lung cancer and an adrenalectomy for an adrenal tumour. Everything went great and she was very grateful. When we sent the dog home on a Friday, he was discharged with all of the required medications. She then called on Saturday and said that we forgot to give her one of the medications. My intern was positive that she had it and went to great lengths to talk to her multiple times to spell out the medications on the phone and to give her instructions. He was patient and kind.

She called back again and talked to an emergency doctor, insisting that we had not sent her home with all of the medications that she needed for her dog. The doctor apologized, went over the file and called in the prescription to a pharmacy. She then called again on Monday and went over things again, realizing that she did have the medication in question all along. She then filed a complaint through our online system that we should have never called in a prescription for a medication that she already had, insisting on being reimbursed for the second prescription that she did not need.

I called her to discuss. When she realized that the lady on the phone was the same person as the surgeon who had “saved her dog’s life” she became hysterical. She said that she didn’t want me to get into trouble and didn’t want a complaint against me because she was really happy with everything that I did for her dog. I told her that we are all the same people and I just wanted to resolve things. She was clearly mortified that this seemingly anonymous complaint method had found its way back to me and was going to get me in some sort of trouble. She started crying and asked if we could just “drop it”. I told her that would be fine.

You are probably thinking, wow, that is some crazy stuff, you must have saved these stories up for years! But no, these are just a few things that happened recently that I can think of off the top of my head. Clients who lie, yell and push to get what they want is becoming so common that I could literally write a blog called “Clients Behaving Badly” about it every week.

It’s frustrating because being a veterinarian is hard enough. Being a good clinician and trying to help our patients to be as healthy as they can be, watching animals suffer at times, and letting them go when we can no longer help them is all pretty challenging. In short, being a veterinarian is hard. When clients behave badly, it makes our first task, caring for the patient, much more difficult.

So, to all of you naughty clients out there: We know you are stressed, we know this is your fur baby. We are here to help you. Mistreating your veterinarian will not make the care better. It might make it worse. If you really feel like your veterinarian is not on the up and up, you should not entrust them with your pet’s care. Trust is the foundation of our veterinarian-client-patient relationship. I honestly do not want to do surgery on a dog or cat with an owner who does not inherently feel that they trust me and that my sole motivation is to work in their pet’s best interest. I know it is hard to be good, but please don’t make a stressful day for you even more stressful by bringing your bad behaviour.