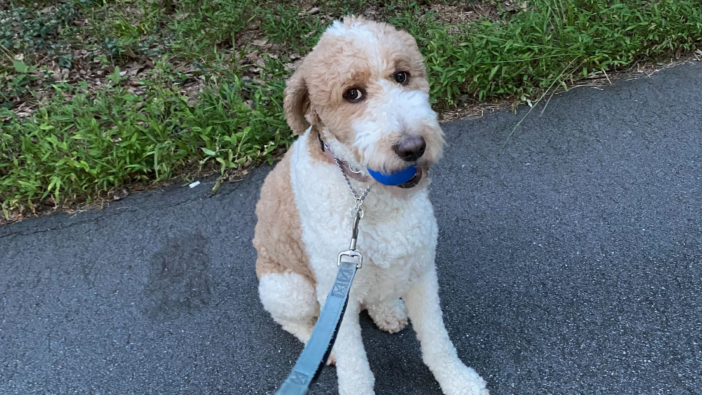 My dog Skipper is not a good dog. His rap sheet includes counter surfing, running away when called, stealing socks and eating them, and so on. He is nothing like my previous dog, Phoenix, who seemed to live to please me and my wife.

Recently, my friend Ron visited. Him and Skipper developed an instant friendship. I’m now confident that Skipper would abandon our family to live with Ron if the chance presented itself. (I may be a little jealous.)

Although Skipper knows he’s not allowed to jump up on people, in fact, he has been forbidden many times from it, he just couldn’t help himself when it came to Ron. It got to the point that I turned to Ron and said “Ron, I’m sorry! He’s…. Bad.” And Ron said “Yes, but he’s fun.”

I have thought about this since Ron’s visit. Skipper is bad in the traditional sense that he is not a well-trained dog with a drive to please his family. Until Ron’s visit, that is the yardstick that I have used to measure Skipper. But it made me think. Why is that the default measurement I go to?

The truth is, Skipper is fun. He’s up for whatever you want to get into. He bounces around. He plays with toys. He runs wild in the park and desperately wants to meet new people. Shouldn’t these attributes count for him instead of against him?

Is it possible that we too often in life look at and judge people (or pets) in relation to others or to traditional standards?

Negativity and Positivity Effects In Perception of People

People don’t always behave in the way you initially thought they “should.” But, those people often have shining virtues that can only be recognized when you discard preconceived standards and appreciate them for who they are.

While Skipper does not meet those expectations, he truly has exceptional virtues of his own. And when we focus on those qualities, Skipper is a great dog.

You are faced with a great deal of information about a person when shaping an opinion of them. Research shows that those impressions tend to be disproportionately influenced by negative characteristics. In other words, negativity bias or the negativity effect can have a huge impact on how you perceive others.

If you can reframe the characteristics or standards in which you are defining others, you may be able to find new appreciation for someone. Just like I did with Skipper.