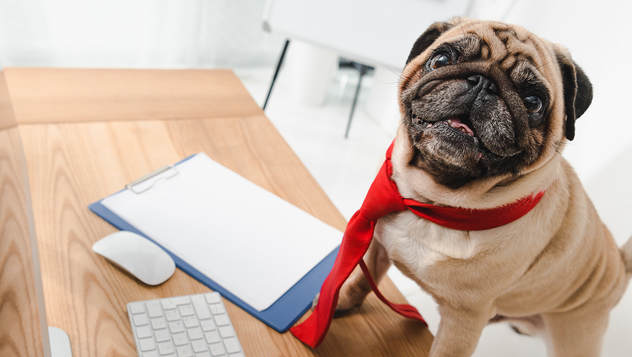 When I went away to college at Mississippi State University, I was a wreck. I’d never been away from home. Though I fell in love with the campus the second I set foot on it, being left alone there was another story. College was something I had worked my whole life for, but I was absolutely terrified.

I put aside my anxiety and bravely attended my first day of classes, only to find that my name wasn’t on the roll in any of them. For an introverted 18-year-old kid, this was the stuff of nightmares.  When I called to find out what happened, I discovered my entire schedule (that I had woken up at 5am to secure) was gone because a small fee had not been paid.

At orientation, Dr. Ruby had given all the parents his home number with instructions to call if they ran into trouble. When I called my Dad and told him my schedule had vanished, he was going to calmly try to talk me through how to fix it myself.

When he heard me holding back tears and panic because I’d already tried, he decided to avail himself of Dr. Ruby’s number.  I think it’s telling that he had the number ON HIM at work.

While I sat in my dorm room trying not to cry, this is what was happening at my Dad’s office:

His boss, seeing his red face (and likely the steam coming out of his ears), put him in a private room to make the call. Dr. Ruby answered.

“Dr. Ruby, I’m going to try really hard not to yell at you right now. My baby is up at MSU away from home for the first time. She has two thousand dollars on account, and some idiot in the registrar’s office just canceled her entire schedule over a $25 fee. We were assured everything was paid when we left.”

Now I have to tell you, my Dad has a VERY scary voice. I mean pee-your-pants scary if you get on the wrong side of him. They called him “the Voice” at the office and sent unruly customers to him. Those customers almost always settled down after a few words. While this may not look scary in type, trust me, there was murder in his tone and you could hear his teeth gnashing.

In deep voice with a thick southern drawl, Dr. Ruby said pleasantly, “Mr. Buisson, let me assure you. I will handle this evil which has befallen you”.

He left my Dad nearly speechless. “Okay” was all he could manage before hanging up. I called him 15 minutes later.

“What did you DO? All my classes are back!”

This story has been told umpteen times every year for the last 23 years. It’s one of our favorites. Seriously, if you ever meet my Dad, have him do his impression of Dr. Ruby.

Mulling it over, I realized what a brilliant customer service move Dr. Ruby made. Here’s why:

In two sentences, he calmed a freaked out parent and made sure his worry was addressed. This is what we do every day in veterinary medicine. We handle freaked out parents who have trusted us with their beloved pets. Our clients often feel out of control and helpless. They may not be 700 miles away, but they feel as though they are. If we take the time to hear them, let them know their concerns are valid and important, and promise only what we can deliver, then we may gain their trust and loyalty.

It isn’t always that easy. Dr. Ruby got lucky in that my Dad was trying to be reasonable and has a wicked sense of humor. I wonder, though, how many of us spring to defensiveness first and then sort out the carnage later. Had he chosen that route, this story wouldn’t be nearly as entertaining.

Next time you have to deal with a person in distress, pause a beat. Take a breath. LISTEN. If you look at good customer service as a challenge instead of a chore, you might start to enjoy the nuances. You may even become the stuff of legends.