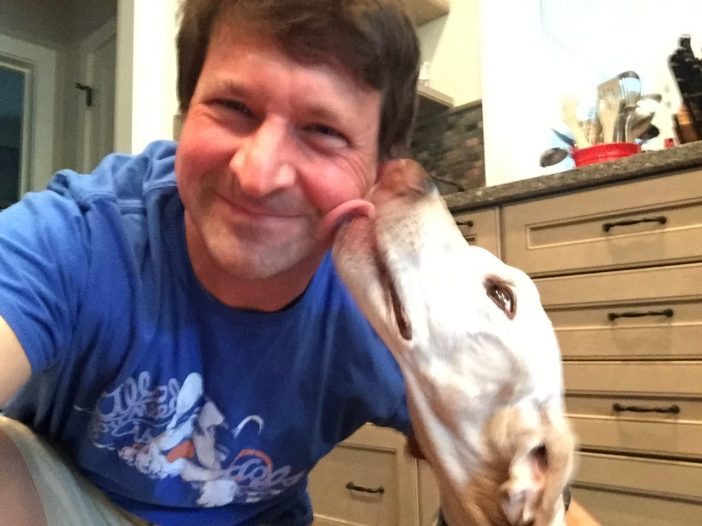 Every dog is unique, but some special dogs become cornerstones as we build our lives. These companions accompany us as we grow into who we are and become part of our most treasured and sacred memories.

Phoenix came into my life long before I went to veterinary school. In fact, he was a big reason I became a veterinarian. Through him, I learned just how much dogs can mean to people, and how it feels to have an animal at the center of your life. Without him, I’d probably have chosen a different path.

He was the first dog who was ever truly mine. I schemed with him on how I’d ask my now-wife to marry me. (He was very excited.) I took him with me to veterinary school, where he volunteered to be studied, palpated, examined, poked, and probed for 4 years. (He was delighted by the attention.) I introduced him to our first human child (he was wary, but welcoming), and then our second. Phoenix saw my wife and I through starting our first, second, and third jobs. He lived in eight houses over nearly 16 years and saw more of the eastern United States than most humans.

When I put him to sleep last month, he was deaf and nearly blind. He wore a diaper when no one was home to let him out, and his hind legs were so weak they slid out from under him when he wasn’t walking on carpet. At the end, he was no longer able to get up into his favorite chair. He would cry until someone came to help him. He enjoyed his walks until the end, and that was the last thing we did together. It was time.

I know Phoenix wasn’t a perfect dog. He was anxious, couldn’t resist wallowing in puddles, would drive everyone nuts if he didn’t get exercise, and couldn’t be trusted around lunch meat. Still, I loved him so much. When the time came to put him to sleep, I couldn’t do it myself.

For a veterinarian, I don’t know if there’s any higher praise than being asked by another vet to help his dear pet pass from this earth. I called one of my most trusted colleagues and asked for her assistance because of my deep belief in her skill, compassion, and willingness not tell everyone how much I cried.

For weeks after Phoenix passed, I was depressed. At first, that surprised me. I thought the sadness would come in flashes, that I would come crashing down when I saw his water bowl or when we got his favorite chair steam-cleaned after years of constant use. In reality, I was just sad all the time.

You might think that prolonged sadness sounds awful, but strangely, I was fine with it. Really. I accepted that grief because I know it’s part of the process. It’s the cost of admission.

While I worked through the painful period after his death, I drew a lot of comfort from the Buddhist belief that life is suffering. I know that sounds morbid, but I found it to be a beautiful and liberating concept. The general idea is that we will always struggle, because that’s what it means to be alive. Only by accepting that life is hard can we be happy in it. By this reasoning, the best thing we can do if we want to be happy is stop struggling against the presence of suffering in our lives. We just have to make a choice about which kind of suffering we want to endure.

Think about it. You will suffer in this life — so how do you want to do it? Do you want to deal with the headaches of being married or with the headaches of being single? With the realities of having children or the realities of not having them? With the crappy parts of having a job or with the crappy parts of being unemployed? There is no right answer to any of these questions. All we can do is make our choices, own them, and be happy that we get to make these decisions at all.

That’s how I think of dog ownership. At some point, it will mean suffering. There is suffering in losing one shoe in every pair to a teething puppy. There is suffering in sacrificing financially to pay for pet care. There is suffering in grieving the loss of a furry best friend. But I would rather have this sea of sadness now than the tiny drops of emptiness every day if I’d chosen not to have a dog in my life. When I think about what life would be like without a dog — all the times I would have come home to silence, jogged alone, or had no one to listen to my live commentary on Game of Thrones — the choice is obvious. Give me the pain at the end.

When it comes to our relationships with dogs, grief is the price of admission. We should all know it when we take a dog into our families and our hearts. I hope we can remember it when the pain comes, because we signed up for it. I chose this pain. I have no regrets. I will do it all again.