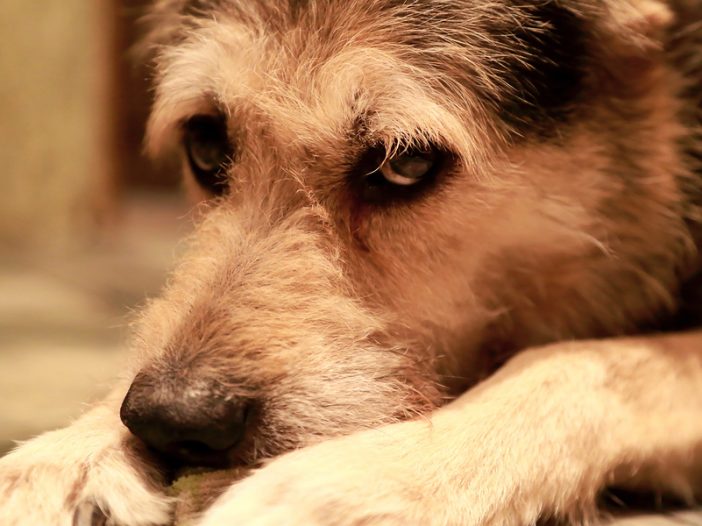 In my time as a CVT I’ve witnessed and assisted in more euthanasias than I can count. The old age, the sick, the unexpected. The “we’re ready,” and the “we weren’t ready yet.” I’ve listened to stories about the tired old dog in his puppyhood while the owner imagined him running free again. I’ve assured people that they were making the right decision. I’ve hugged them, I’ve cried with them, and I’ve received so many “thank you so much for helping us through this.” I pride myself on being a clear and effective communicator as well as a compassionate person. Until one client turned it all upside down.

Her dog was sick and despite days of hospitalization and our best efforts, she wasn’t getting better. I answered the phone when she called asking if we had time for her to come in for euthanasia and I said, “yes, come right in.” A day or two later she approached the practice manager to tell him how absolutely dissatisfied she had been with her appointment. She felt that there was a major lack of compassion, “especially from the young people.”

So, me. Just to be clear, she was talking about me. And I was instantly heartbroken. She had just performed an incredible magic trick: abracadabra, I was suddenly the worst. I wanted to argue with her, to convince her that I did everything right and she was just upset. I asked the doctor who had performed the euthanasia if I came off as cold, and what I could have done differently. I vented to my coworkers: I loved her animals so much, how could she not see that? I agonized about this for weeks, I just couldn’t let it go. Until one day… I did.

I eventually had to let this go, because we can’t make everybody happy all of the time. And these kinds of situations are almost never a reflection on you.

I’ll say it again, a little louder for the people in the back: This is not a reflection on you!

We go into veterinary medicine because we care, and we care deeply. We love animals, some of us even like people, but somewhere along the way, we forget that we’re going to see a lot of people and pets who are not having their best day. The animals are sick, the humans are stressed and we’re showing them an iPad with treatment options and saying, “pick one.” I had to let this human off the because she didn’t know. I could have been having a great day, or we could have lost three pets already that morning, but she didn’t know. She didn’t know that I squeezed her into an already packed appointment schedule because she was sobbing on the phone. She didn’t know that I hold it together in the exam room and then cry later for every pet who doesn’t make it.

She was having a terrible day, her best friend was gone, she needed to be mad at somebody and that somebody was me. Now I’m not excusing this behavior, but by letting her off the hook I was able to let myself off the hook, too. I let go of the feeling that I had messed up and this was something I needed to fix. Then something else amazing happened. Once I stopped beating myself up over it, I was able to step back and see the lesson in it all: You can’t let one person’s opinion of you on their bad day dictate who you are. I’m not saying don’t listen to anybody. Sometimes we are the toxic person. It’s good to accept constructive criticism as a means of growth. But you know yourself deep down, and nine times out of 10 the client’s scathing Yelp review is more of a reflection on them than it is on you. Why was it so easy for me to listen to one person’s negative opinion, and ignore the many other people who had hugged me and thanked me for being there with them and their pet? We are our own harshest critics, but we need to start letting ourselves off the hook. Sometimes there is just nothing you can do that’s going to make somebody feel better. Short of miraculously healing their pet, nothing that you say or do will be enough, and that’s okay. You can’t make everybody happy all the time… and that’s okay.

Candace is a graduate of the St. Petersburg College Veterinary Technology program and Certified Veterinary Technician in the Tampa Bay Area. In addition to being a CVT, she also holds a Bachelors degree in psychology from the University of South Florida – St. Petersburg. She shares a home with her husband, so and dog Sadie. In her spare time, she enjoys cooking, traveling and changing song lyrics to make the song about Sadie.