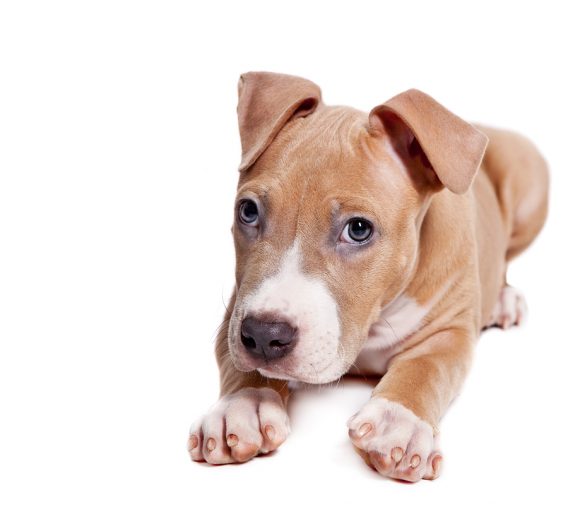 These are crazy times, both in general (beyond scope of this blog) and in veterinary medicine (will try to focus on this). Veterinary medicine has changed drastically in the past 20 years and I feel like I am in a good position to observe these changes because I’m an in-betweeny when it comes to my career. 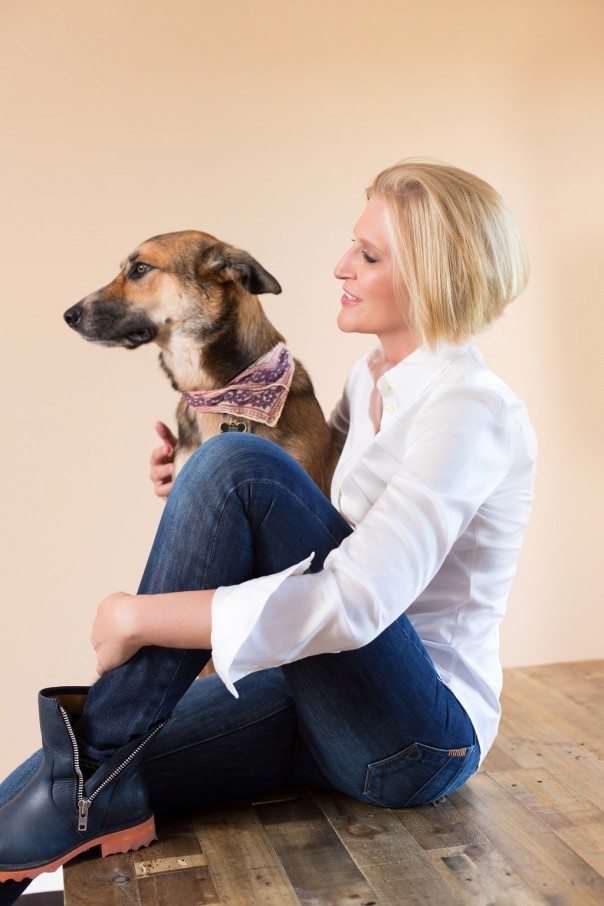 I graduated from vet school in 1996. Which is a shocker because believe me, I don’t look a day over 30. (See professionally taken, markedly airbrushed image on right). It’s pretty amazing. I have worked in general practice, as a surgery resident and as a surgical specialist in private practice and academia. Now I teach veterinary students. I have had a front-row seat to the profession.

In the mid to late 90’s, when I was in vet school and starting my career, the profession was male-dominated. Email was brand new and I thought it was stupid. (I still think email is stupid.). The Internet was also new. Finding information was trickier. Emergency clinics were new and rare, so most vets did their own emergency call. Working 36.5-40 hours a week as a small animal practitioner was unheard of. In fact, actual working hours were never discussed. You worked until you were done.

If you did on call, your on-call was not dictated by what would be a reasonable or humane amount of on-call, it was dictated by how many people rotated on to the on-call schedule. So, you could jump from 1 in 4, to 1 in 3 in the blink of an eye if one of your colleagues left or was injured. And that was that.

The doctrine of “Suck it Up” reigned supreme, and we did. There was (and still is) a sense of “This is what you signed up for” when things are tough. Even within specialists, the specialists with less night call duties (Dermatologists, Radiologists) would tell the ones with more on-call duties (Surgeons, Criticalists) that this is what they had signed up for, so they shouldn’t complain about the fact that they can never see their kids (or backing up a bit, even find the time to secure a suitable mate and procreate).

[tweetthis]In #veterinary medicine, the doctrine of “Suck it Up” has long reigned supreme[/tweetthis]

I remember being an intern and trying to decide if I wanted to be a specialist and discussing this with the ophthalmologist. He told me ophthalmology was a “great career for a woman”. Which totally pissed me off and made me immediately gravitate towards surgery, a career that could be deemed the “worst career for a woman”, unless you are a barren, baby-eater like me. What I wish he had said was, “Ophthalmology is a great career for a person who wants a stimulating, satisfying job and also wants to have a life outside of work.” Then maybe I would have listened to him. Instead, I think I proved my point, and my point is ….

As a vet student, a little more career counseling in general would have been nice. I made it to fourth year before I knew the salary that a veterinarian in general practice made (around $45000 in 1996! Wow!) or knowing what a specialist was and did and how you might become one. As students in the nineties, we did not learn any of the skills that might be helpful for a veterinary student who is also planning on graduating and working in the real world, perhaps eventually becoming a practice-owner. Skills like business management, budgeting, and this really interesting concept called communication skills. There is so much more to veterinary medicine. There is the medicine, but then there is the fact that veterinary practices are small businesses.

[tweetthis]”He told me ophthalmology was a ‘great career for a woman’. Which totally pissed me off”[/tweetthis]

1) An owner is coming to our veterinary teaching hospital with her sick pet. She calls the emergency clinic to tell them she is en route. During her drive, the I-75 is closed due to a shooting, a gunman on the loose in the woods along the freeway, and a SWAT team that searches for and kills said gunman. (This is in Florida if not obvious from above story.) She is stuck in traffic for hours (along with thousands of other people). The emergency doctors are unaware of the I-75 shenanigans because they are busy working as emergency doctors. When she arrives, she is overcome with anger with these veterinarians that they did not contact her to alert her that the I-75 was closed. She unloads on them. She can not recover from this anger. She would like to talk to the Dean.

2) An owner comes to our hospital. His pet has cancer but has been doing very well overall. The cancer his pet has is relatively rare and there is not a lot of information in the veterinary literature about the disease. We are honest with him about this and make our best educated predictions for expected prognosis and the most appropriate treatment course. He becomes sad-mad and can’t control his emotions. Yelling one moment and crying the next. He tells us that we are all lazy because we are not doing research on his pet’s cancer and he has no respect for us because we don’t know anything.

When is it ever ok to yell at your doctor? If you yelled at a physician like this, I suspect that they would call the police and you would be ejected. Maybe they would sedate you. I don’t know. Sometimes I feel unequipped. One of my mentors was right when he said, “The medicine is the easy part.”

I worked in small animal practice after graduation. At that time, it was customary for me to take sick animals home and set them up in a mini-ICU in my bathroom. I realize that this conjures up a lovely James Harriet-themed image of someone who lives to serve animals and at first, you may find this heartwarming and kind. It might be. It is also unsanitary, dangerous, unsustainable, a bit manic, and a recipe for compassion-fatigue and career burnout. It also means that your entire life is dictated by the random appearance of puppies with severe diarrhea, which can make planning your extracurriculars difficult and so you don’t. Luckily, compassion fatigue wasn’t a thing then, so we would just suck it up and work like this until we cracked.

Interestingly, I was not a vet in a small town with no other options at the time, as you might surmise. I was in Edmonton, which is a major Canadian city. There was an emergency clinic just down the road from the hospital where I worked. We always recommended that people with very ill pets take them there for overnight care because we closed at night and there was no one there to look after their sick animal from about 6:00pm to 8:00am. But people would refuse, because it was inconvenient for them or they thought the emergency clinic was too expensive. So we were left with two options: leave our sick patients alone overnight with an E-collar and a fluid pump, or take them home. So, I would take them home and serve as that patient’s private doctor and nurse over nights and weekends for about $50 a day (that I did not see) to save their owners money and the inconvenience of picking up their pet and driving them 10 minutes down the road. Perhaps this was not the best way to communicate to the world that our services as Doctors of Veterinary Medicine have value.

This is another blog for another day, (Which I will call: Fuzzy the Cat, a Christmas Story) but I once spent 48 hours with my boss’s sister’s comatose cat. Fuzzy the cat was unconscious this entire time due to the fact that my boss had inadvertently ruptured his bladder while I was unblocking him. She made a vague comment while palpating his belly about how she suddenly couldn’t feel his bladder anymore. Then she left Fuzzy and me at the scene of the crime because she was making Christmas dinner for fourteen people. I took Fuzzy home with me when he failed to recover from anesthesia. It was like A Weekend at Bernies, only it was A Christmas with Fuzzy the Cat. I spent Christmas alone that year. (Except for Fuzzy, who was not great company.) It was the best Christmas ever. Spoiler alert: I repaired Fuzzy’s broken bladder on Boxing Day, when Jesus’ Bday was over and I finally found someone to help me. He recovered fully. Noone thanked me ever.

And so when I hear that it is not fair that the surgery residents are up all night for several nights in a row and still need to function the next day, I have to suppress the knee-jerk thought that I had to do that when I was a surgery resident. Sometimes I didn’t sleep for seven nights in a row. This is not a badge of honor. It is a soul-crushing experience that was unsafe for my patients and for me. I have to remind myself that during that magical time, I once actually fell asleep while performing spinal surgery on a dog. I once spent an entire summer where I did not have the same weekend off as my husband once, as we juggled our on-call schedules.

[tweetthis]Not letting young doctors sleep is not a badge of honor. It’s a hazard to patients. [/tweetthis]

So bring on the millennial vets! The ones that think that they are all winners for showing up and that they are so special and so much smarter than the average veterinary student. The ones that get in my grill if they do not get an A++ on my rotation. The ones who will not give up their weekends and evenings so freely. The ones that have taken classes in business administration, communication and compassion fatigue. The ones that know how to negotiate a contract. The ones that refuse to “Suck it up”. They are a much-needed correction to this wonderful and problematic profession that I will always love, even when it is being difficult.

When I teach these adorable millenials, I will always quash the “Suck it up” that flashes through my mind when I hear them complain. Millenials, I hope that the next 20 years for you are everything that is great about this profession. I’m so glad you are here!