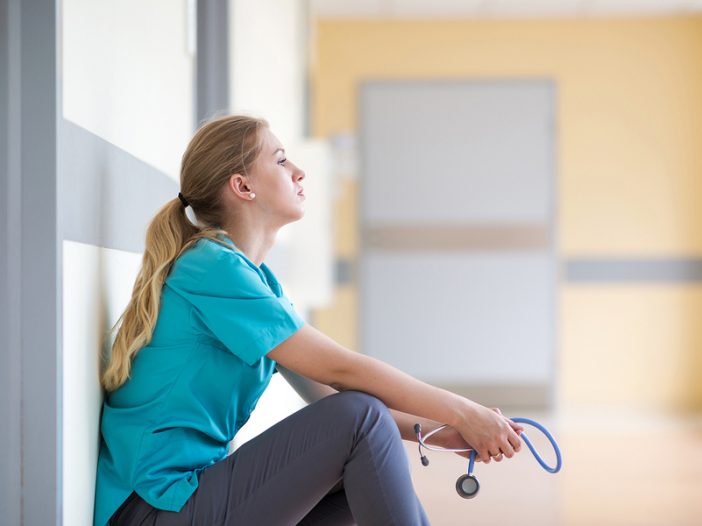 Are you familiar with the term “gaslighting?” You may be a victim of this form of abuse and not even know it. Gaslighting is a form of manipulation in which the gaslighter, in an attempt to gain power over an individual, tries to make them question their own sanity and themselves.

This can be a tough thing to go through, as talking to the gaslighter about it can make things even worse because you are threatening the power they are seeking in the first place. For me, I was the practice manager (aka wearer of all the hats), and the practice owner was the gaslighter.

It seemed to come on suddenly. I was noticing mood changes from my boss and his personality seemed off. The funny thing was, it seemed to always be directed at me. Any time we were paired together in an appointment (as I said, I wore many hats) you could cut the tension with a knife. His face always seemed blank and stern when I was in the room. If I stepped one toe out of line he would be furious with me.

Over a few weeks, it just progressed. He no longer worked in the office we shared and instead moved himself out to the floor. When I tried to strike up conversation it was met with short answers and dismissal. Was I crazy?

I would watch his interactions with other staff members and see a complete change. He was friendly, caring and supportive. He would laugh with them and have a good time (the way we used to be). I decided then to pull a co-worker aside and ask for her thoughts. Did she notice anything that I was noticing? She confirmed that my boss was acting very differently with me, and like me, she had no explanation.

I began dreading going to work. I was always a very hard worker and was proud of all I had done for the practice. I had helped it grow and put in overtime hours every week to keep things running. Finally, I confronted my boss, and as I found out, this made things worse. He would tell me it was all in my head and that he was being perfectly pleasant. What was worse, he told me all of the other staff members thought I was not being a good manager. That I was cold, distant, hard to talk to – all of the things I felt he was doing to me. That’s when I knew something was very wrong.

I checked in with the staff regularly one-on-one to see how they were doing and ask how I could help them. These conversations had always gone very well and I was thanked for my openness and kindness. I had cards on my desk with encouraging words of thanks from my team and even had the peer-to-peer performance review to prove it. What my boss was saying just couldn’t be true.

So why was I being treated this way? I believe I will never really know. Perhaps it was jealousy? Many of the things I was in charge of as manager were things my boss wished he could do but couldn’t due to owner and doctor obligations keeping him busy. During this time I also noticed my boss was making some business calls that were out of character. Maybe it was stress outside of the workplace and I was the lucky one to receive the brunt of it? It could be something else entirely. In the end, though, his plan worked and I left.

It worked because I knew the value I brought to the practice. I knew my worth and my skills, and I knew I didn’t deserve to be treated this way. I took that value elsewhere where I am now incredibly happy and so is my new team. My old coworkers to this day have no idea why I left the practice. I didn’t want to risk tarnishing their love for their jobs, and I’m sure my old boss made up some story to ease their minds and justify my absence.

Being a gaslighter will do you no favors. It pushes people away, and chances are if you felt you needed to gaslight them in the first place, they were an asset. If you feel you may be a victim, remember your worth. You’re not crazy, you’re so amazing that others are threatened by you.