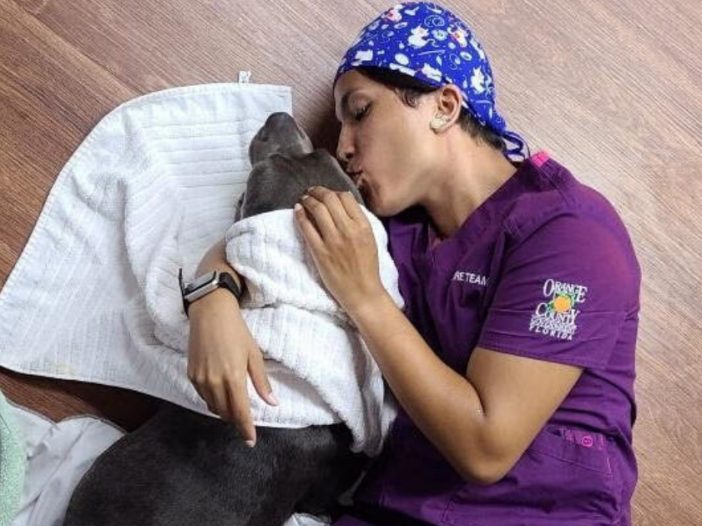 Today’s climate has a lot of people doing their part to educate themselves and fight against a social pandemic: racism. And it has been encouraging to see. But alongside education and vague statements of support must come something else: real change in the form of antiracist policy and behavior changes to break racist culture. Now, the former can seem daunting but is something we must demand. The latter starts with you. And let’s be honest, the veterinary profession has too long been complacent about combatting racist culture.

As a recent graduate, I can tell you that I was often made too aware of how white our profession is both historically and today. As a mixed-race woman, people often aren’t actually sure about my identity being black vs. other (and to be fair, it has taken a lot of self-reflection to feel ok claiming my backgrounds as my own). But either assumption usually leads to pretty squeamish comments. I remember being bright-eyed my first year and studying in the library when a classmate I did not know well started talking to me. She began making subtle, undermining comments about my intelligence that made me feel uncomfortable. I tried to avoid answering her directly by commenting to my friend that I thought something was the bee’s knees. That classmate next to me laughed and responded that I would make a great “inner-city doctor” one day.

I shut my mouth and felt my stomach drop at what a blatantly ignorant comment that was. But here is where the real problem arises: no one said a word to call her out. An upperclassman next to her laughed. And I left in near tears trying to find a definition of inner-city that did not make that comment racist. I never found one. I told others, and though I had some listeners, no one was outraged by her comment and dismissed it. And though there is only one racist antagonist in this story, the display of no one taking a stand against it cost me my dignity and confidence in my classmates.

Following that day, I endured being mistaken for a janitor, being silenced when I was distressed over the Charleston Massacre, and being talked through and over in groups of white women. It was little, subtle, degrading things that hurt and grew into a constant weight against my otherwise wonderful experience. It was a sour aftertaste in the story of chasing my dreams.

I went to a diversity conference later on in my last year of vet school that my University hosted. I was very proud that we were taking charge of this matter and excited to discuss it with other schools. I heard a lot of important stories regarding microaggressions and the ways in which schools need to do better to be inclusive in student body and culture. But most of our class did not attend. The people in need of education and conversation regarding these topics (read: white and cisgender groups) were largely absent. So I am telling my story now, and you need to listen.

Your job as an individual is not just education, it is change. Stand against racism and do not just distance yourself from it. When I hear my teammates complaining about businesses closing early due to the “riots” I ask them if they understand what the protestors are standing for. I say that I am black and our people are dying and this is something to fight for. I donate and read and do not stop talking. I let people feel uncomfortable because I would rather they feel uncomfortable than letting more black lives die. And eventually, I want to create a space where someone like me as a vet student doesn’t need to feel unworthy because of the color of her skin. But this takes knowledge and work. It takes discomfort and growth, so much growth. I am still growing and uncomfortable, but I find the journey a joyful one.

The Black Lives Matter movement was born in the hearts and actions of passionate, queer, black women. People who did not let names die the way lives did. Those names are Ahmed Arbery, Breonna Taylor, George Floyd, Riah Milton, and so many more. My dear Reader, I implore you to take these steps and contribute to the fight against racism. If our profession can stand against it, others will too. At a time when silence is damning, let the need for equality and justice be deafening.

Dr. Downs is a 2017 UFCVM alumna and Florida native. She is currently working as a shelter veterinarian at Orange County Animal Services, her dream job of serving the homeless pets in her community. In her spare time, she dances with several local studios, watches horror movies with her partner, and cuddles with her pups.