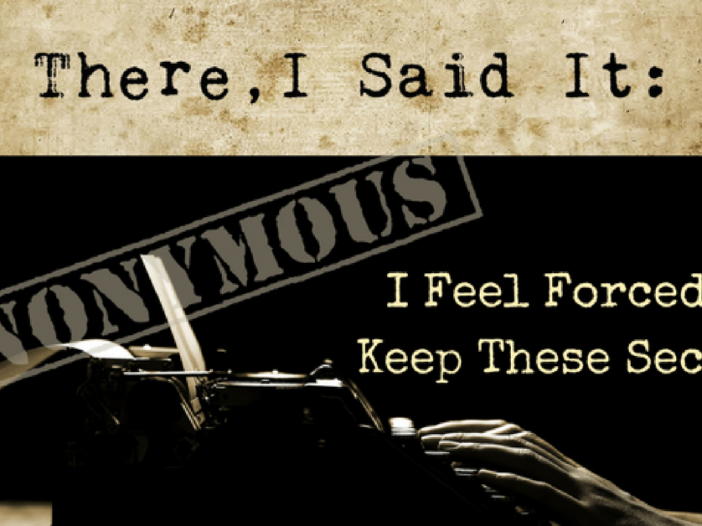 I know a thing or two about stigma. I have a secret.  Make that two.  Some people know part of this, some of them know both parts, most don’t know either.  I no longer know how to rank which secret is darker, especially in the intolerant climate of social media today.

About a year ago I had bariatric surgery.  I had reached the point where I had to make more drastic changes in my life and I had to admit I couldn’t do it on my own.

The sleeve gastrectomy was the path I choose after countless diets, countless failed attempts, years of therapy, and not being able to bear the weight of me any longer.  Why didn’t I try harder, have I tried this diet or that diet, have I tried loving me, have I tried going to the gym?

I’ve heard all the questions and I can feel the weight of judgement settle on me, nearly as heavy as the other me I have lost.  That’s the first secret I’m letting you in on.

Here’s the thing, here’s my other secret: I am an alternate route credentialed veterinary technician.  I did not graduate from a two year, or a four year program.  I was on the job trained, I took a completely legal, state board approved alternate route program, passed my test with high marks, paid my licensing fees, and became credentialed.

I contribute actively to the veterinary community and have kept my license active through extensive (far more than required) continuing education.

There are people in those comments, who like those in the bariatric comments, believe I don’t deserve to be where I am.  That some how my journey is invalidated because of the route I took to get here.  They believe I am a fraud.

Veterinary team members are known for their nearly boundless compassion for patients.  If only this translated to compassion for co-workers and community members.

The pervasive negativity in the conversations surrounding any trending topic in veterinary medicine is isolating.  It contributes to the mental health crisis our community faces.  While I don’t need to share my path with anyone, the commentary I read on social media makes it far less likely that I will expose myself to the imposter accusations. This means my support network has shrunk significantly.

The isolation puts me at higher risk for depression and anxiety and my shrinking support network increases my risk of getting help when I need it, which, because of the isolation, I will.  The stigma surrounding my needing help will also dissuade me from reaching out.

After all, I’m aware of how the community views me and I know that I will need to make myself even more vulnerable in order to ask for help.

If you hold onto this, it’ll help you maintain the balance as you take those steps.

2.  There will always be supporters and saboteurs.  Be the supporter.

The views and opinions featured on There, I Said It are those of the authors and do not necessarily reflect the position of the DrAndyRoark.com editorial team.