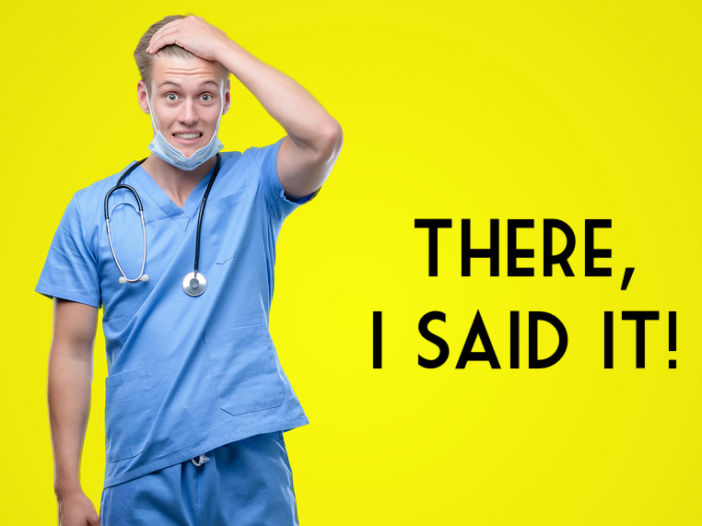 It’s hard to even type this. To relive the three times in vet med I was actually fired (there’s a fourth, but I beat them to the punch). Without sounding overly arrogant, the veterinary field lost a damn good worker and a damn good technician. I tried, I really gave it my all. And I didn’t even get a lousy T-shirt… I got termination papers instead.

All I can think is that every time I stepped foot into a veterinary job, I had big ol’ target on my forehead. It must’ve said something like “I’m an easy target” or “Bully me” or “Blame this guy.”

But of course, you must be thinking… dude you were fired that many times, there must be something wrong with you! Because, that is all I am thinking, day in and day out. Ten years in the field and all I have is anxiety and termination papers. It seems so unfair.

First time, I was fired after just two weeks. Just two short weeks in a brand-new city and a brand-new job. They didn’t have to even give me a reason (right to work), but I could tell they just felt awful about it. Oddly enough, they went as far as contacting 5 other clinics and telling them that I would be looking for a job. Is that even legal? It seems so wrong, and that then made five less clinics I would even consider applying to.

Second time, I got the blame for deleting a file on a computer. Again, they can just fire you without a reason. However, I got the reason out of them and handed over my flash drive immediately to show them I didn’t have it. The person who actually deleted it fessed up right away too when she realized what was happening. It was an accident that for some reason was seen as a deliberate and malicious attack. Of course, there was no rehiring or apology.

Third time was probably the worst. I won’t go into details, but to be accused of theft is just a stab direct into the heart. I am not a thief! To be accused and labeled as one is just beyond absurd. The attending doctor tried so hard to stand up for me because she knew better. Anyone who knows me, knows I would never do that. When I’ve shared details of my story with people in the profession, they tell me what I did happens all the time, and no one else ever gets fired over it. But me! I’m the one that gets the cut.

The fourth time would’ve happened, but like I said, I beat them to the punch. I got intel that I was on the chopping block after I had my review. Their reasoning was because I said “by law I am allowed to have a break.” There! That statement was grounds for termination. I did not threaten or say anything else, but I was over this idea that no one at this clinic gets breaks or lunches. What is wrong with this industry?!?!

I feel like I could have really done great things, made life better for techs, doctors and maybe even helped a few pets. Somehow, I feel shunned, as if I don’t or have never belonged in this industry. The door keeps slamming in my face.

I fully understand the short careers of vet techs and the mental illness that haunts the industry with the high suicide rates. Luckily, I haven’t been tormented in that way. However, something has to change! Why is this allowed? Why are some people judged more harshly or constantly taking the brunt of consequences? I may never know the answer. I pray for those of you struggling or trying desperately to hold on to what is left of this. I am jealous of those who have their spot and deal with very little drama or toxicity. You are the lucky ones. For now, I will work on a new career path and find something else that makes my heart tick so loudly.

A CVT moving on