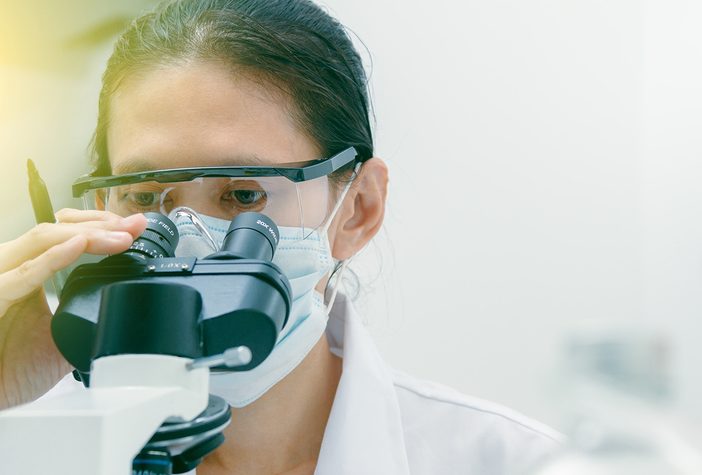 As I read the news of the President’s recent budget proposal, my heart was in my throat. There were many devastating cuts to things that I cared about, but far and away the one that brought me to tears was the cut to the National Institutes of Health, which provides the vast majority of grants for scientific biomedical research in the United States. As I pondered what this meant for me personally, I could not help but focus on what it meant for the veterinary field, for all medical fields, and for humankind.

Like many veterinarians, I wanted to work with animals from the time I was a young girl. However, I always seemed to return to research because of its larger focus and widespread impact. After veterinary school, I worked with SeaWorld and the San Diego Zoo to characterize a killer whale retrovirus, at which time I enlisted the help of a local researcher in San Diego who worked on Porcine Endogenous Retrovirus (PERV). Dan, who was a transplant physician and immunologist, ultimately became my Ph.D. mentor. This was my first excursion into comparative medicine, and from that point on all I could see were the potential benefits from crosstalk between the human and veterinary medical fields.

Decades before, Dan had begun studying PERV at the NIH because of its implications for human patients receiving xenotransplants, as this virus could infect human cells, but its pathogenicity to humans was still unknown. When Dan invited me into his laboratory, he introduced me to the field of epigenetics, which became the topic of my Ph.D. I pursued a specialization in this field because I recognized it was likely critical to understanding host-retrovirus interactions. My thesis work sought to characterize epigenetic influences upon CD4 T cell activation and memory formation.

This basic research was applicable not only to understanding retroviruses, but also to understanding autoimmune diseases, vaccine responses, cancer, and transplant rejection. Unfortunately, the final year of my Ph.D., Dan announced he had been diagnosed with Stage IV colon cancer. Dan, who had been an inspiration to me in my early career, had suddenly become a stakeholder and not just a biomedical researcher. Ever secretive about his treatments and his challenges, he spoke very little about his illness, but because of his larger than life persona, it was difficult to imagine a world without him even as he withered away before my eyes.

I completed my Ph.D. in 2015, and last year I moved on to a postdoctoral fellowship at the University of California San Diego in the Center for AIDS Research (CFAR). My work is now focused on understanding epigenetic influences upon HIV, which is one approach that will hopefully lead to a cure. In the meantime, I continued to work with Dan on my final paper from my Ph.D. The last time I spoke to him, he informed me that a new immunotherapy treatment had finally accomplished what radiation and chemotherapy could not, and he was in complete remission. While this might seem like amazing news, he also told me he had developed side effects from the conventional treatments used early in his fight. These were not just annoying side effects, but life threatening ones, as became evident when he passed away a few weeks later. My mentor and a driving force behind much of the philosophy guiding my career was gone.

How does my own story relate to NIH budget cuts? The NIH funded my Ph.D. It is currently funding my postdoctoral fellowship. I am only one example – there are veterinarians across the country who are relying on the NIH for research like mine, which has implications for both animal and human health. Having also worked in the hospice and palliative care field the last few years, I know that dogs are most commonly dying of cancer, while for cats it is kidney failure. Researchers studying both of these diseases will discover new treatments that will help not only our animal companions, but also people who suffer from these ailments.

Dan would have benefited from the new cancer treatments that are coming out, if only he had access to them a couple years before. Biomedical research is important for veterinary medicine, but it is also important for all of us. As vets, don’t we want to be able to advance our field? On top of that, how many of us can say we haven’t had important people in our lives like Dan who died too early of devastating diseases? To cut funding to the NIH to this degree will be dire for both animals and humankind in general.

While I am concerned about the impact that NIH cuts will have on me personally as a young investigator, I am devastated even more because of the big picture. This is a call to all of my colleagues to alert your Congresspeople. We need the NIH. The research it funds is crucial to everyone, not only to our patients, but to our families, and to ourselves. The proposed cuts will have dire consequences for the scientific community and prevent us from continuing to make the amazing strides we have recently made in biomedical research.

Because of the NIH, antiretroviral treatments for HIV were developed, and a diagnosis of HIV no longer heralds a death sentence as it once did. Because of the NIH, people with certain types of cancer now have options for treatment that won’t leave them sicker than they began. My hope is that someday we will cure HIV, that the promising advancements we’ve made in cancer treatments will become the standard of care, and that someday we will remember our current cancer treatments as barbaric and outdated. And with these advancements, my hope is that we veterinarians will do what we have always done, and translate them to the treatment of our patients.

However, none of that will come to pass if the NIH is cut to the degree proposed. Please stand with me and ask Congress to continue investing in our futures, and not to pass a budget that will destroy what have always been strengths in the United States: hope and innovation rooted in amazing science. 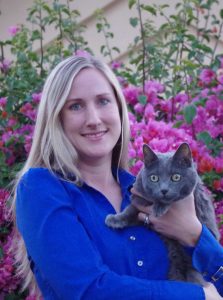 Dr. Sarah LaMere is originally from Austin, Texas. After graduating from Cornell University School of Veterinary Medicine, she decided one graduate degree just wasn’t enough and completed her PhD in immunology from the Scripps Research Institute in San Diego. While pursuing her passion for OneHealth in a research setting, Dr. LaMere also works in clinical practice as a hospice veterinarian with Paws into Grace in San Diego, California.