The best kind of learning is the kind that makes you laugh out loud. In that spirit, I present this gem for your amusement and education.

And if you love funny animal fact videos, definitely make sure you’ve seen this Cone of Shame about the Mind of Cats! 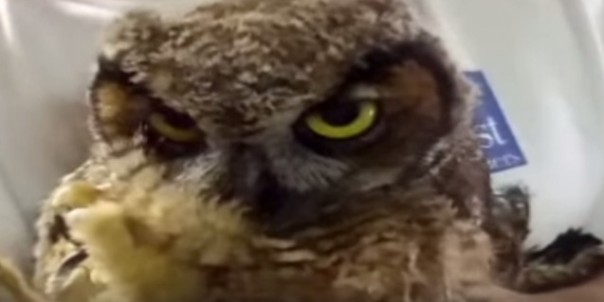 When you’re passionate about something, need to raise awareness and want to change the world, there’s really only one thing you can do –
A parody music video of Meghan Trainor’s “All About That Bass”.

Last week, the team at Nolan River Animal Hospital launched this lyrical juggernaut, and it’s been racking up views ever since. As a fan of bad puns, parody, and pet population control, I took a few moments to go ‘fan boy’ and then reached out for an interview with Dr. Renee Brockett, who stars. Here’s what we talked about.

AR: Why did you make the video?

RB: I was looking for a new, fun way to get the message about spay/neuter out. I was also thinking outside of the box with regards to marketing. I noticed when we posted personal things to social media we would get much more engagement. From a business standpoint I learned soon after opening the practice that you were judged not always on your quality of medicine, but often on your social interactions. People want to see the human side of their vet. They want to know that he or she is a real person. Someone who can be silly and not take themselves too serious.  We were trying to make a video that highlighted a real problem, but in a way that didn’t make you want to drown your tears in a half gallon of Blue Bell ice cream (which you can’t even do anymore since the great Blue Bell famine of 2015).

AR: How did you get the staff on board?

RB: Tequila…… Just kidding. Honestly, I have a great staff that is open to trying new things. The silliness you saw on the video is not really that far out of character for any of us. We use humor to offset some of the compassion fatigue commonly experienced in a vet practice. The staff also understands the importance of using social media in a positive way to grow the practice. This leads to higher salaries, better benefits and possibly international stardom! An added benefit of making the video was that we had a lot of fun and it was a team building experience.

AR: What gave you the idea?

RB: A friend of mine and I had written a song parody when the ebola scare occurred. It was called Waitin’ on Ebola (parody of Brad Paisley’s Waitin’ on a Woman). It was a lot of fun to do, but we never followed up with it. So I knew I could write a song parody. Also I had seen some song parodies done on youtube by a group of dental students. I thought why hasn’t a vet done this?

As far as how this specific song came to be….You’re guess is as good as mine. I have 2 daughters, ages 11 and 6, and they love the Meghan Trainor song All About That Bass. I remember singing the song in my head and suddenly it changed from bass to spay. I put pen to paper and within about a week had a pretty catchy tune. I found a great recording studio and they put me in touch with an amazing videographer.   It turned out better than I could have ever imagined thanks to my staff, the recording studio and the videographer. 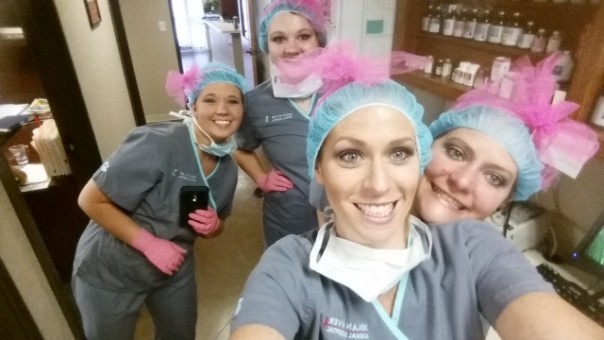 Colby and Bleu make the sprint for dinner again and again in this great time lapse video that starts when they are 9 weeks old.

In this groundbreaking new summer blockbuster, science goes TOO FAR! SEE the horrifying adorableness. FEEL the ground tremble as the front legs approach, then some quiet time, and then again with the back legs. EXPERIENCE the wee-on-the-floor-inducing excitement that is… Jurassic Weenie! 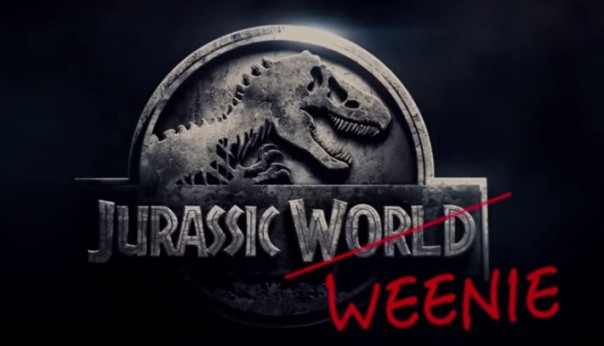 I love cats. I love them as companions and as patients. Sure, sometimes they’re not so happy to see me in the clinic, but I work hard to help both cats and their humans relax.

One of the most difficult parts of keeping cats healthy is recognizing the signs that they are starting feel sick. Cats are naturally secretive, and this is especially true when it comes to illness. To make matters worse, sometimes cats skip the whole “hiding illness” thing, and just hide themselves.

The result is cats often come to the vet much later than they should and further along in the disease process than dogs with similar illnesses. This means our kitties are harder to treat, more expensive to treat, and the outcomes are often not as good as they should be.

So, let’s all keep a closer eye on our feline friends because, as we can see above, they aren’t always willing to come right out and tell us when they’re not feeling well. And if you’re not exactly sure what to look for when pets are sick or hurting, check out the most popular Cone of Shame episode ever, because it’s got 8 signs you don’t want to miss!

Other Conversations With My Cat:

Peeing Outside the Litterbox 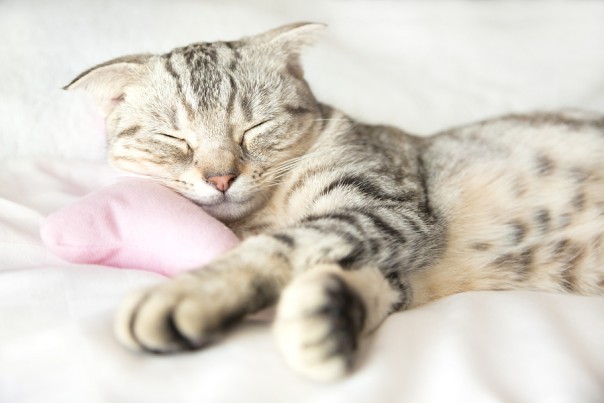 The internet is a scary place for getting advice about pets! Some people have very strong opinions that simply aren’t supported by facts, research, or even common sense. In our Vets Read Bad Pet Advice series, we dredge up some of the Internet advice that fits this description and get veterinarians and vet techs to read it for us. Here is our second session:

And if you missed the first episode, look no further:

So always remember… It’s better to laugh than the alternative. 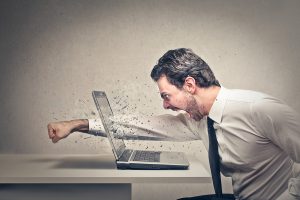